Patriots vs Texans Week 13 SNF Props: Nuk Will Be Neutralized

Sometimes you have to gamble and last week I sure did. I was confident the Packers would keep their SNF Week 12 tilt with the Niners close. Boy was I wrong. A season-altering -11 units were lost, bringing my season total to -13.8 units.

Let’s get back to winning with the Week 13 SNF matchup featuring AFC division leaders New England Patriots (10-1) and the Houston Texans (7-4). No season-altering moves to be made this week, just back to the grindstone with three props we will take a look at.

Ask DeAndre Hopkins fantasy owners  how pleased they are with his performance this year. Not pleased would be my guess, as Hopkins has failed to live up to expectations after a huge 2018 campaign. His targets and catches are at least in the ballpark of his gaudy numbers, but it’s his 10.4 yards per catch in 2019 that is the major problem. That’s down from his career average of 13.6 ypc, and down from the 13.7 ypc he posted in 2018. Maybe at age 27 the four straight years of being barraged with over 150 targets is catching up with him, maybe.

In the eight games teammate Will Fuller has been healthy enough to play in Hopkins has at least tied for the lead in yardage four times. He has posted games of 40 and 41 yards and has failed to reach 70 yards in five of the Texans’ 11 games.

With the exception of some middle of the field occupants, pass catching success has been hard to come by when facing the Pats. The lone outside receiver to break 70 yards was way back in Week 1 when JuJu put up 78 yards with some help from garbage time. Patriots’ CB Stephon Gilmore is as close as the NFL has to a true shutdown corner and as long as his illness allows him to play Nuk will be in for a long day. If Gilmore misses the game all bets are off.

Both teams reside in the top-10 in scoring with the Pats at #5, averaging 27.3 points per contest while the Texans come in 10th at 24.1 per game. The Texans surrender 22.6 points per game, good for 17th and the stingy Patriots pace the NFL, allowing 10.6 points to opposing teams.

The Patriots have allowed only one opponent all year to reach over 19 points. Not surprisingly, it was the Baltimore Ravens who posted 37 on them.

The Houston Texans have scored four touchdowns over 39.5 yards in 11 games. Two through the air, one on the ground and one interception return. Only one of those long TDs has came in the last six games. Will Fuller is a big play threat but even he has only one TD over 39.5 yards this year.

The Texans have surrendered four scores over 39.5 yards. Three passing TDs and one rushing TD. All three touchdowns against the pass defense were scored without CB Johnathan Joseph playing. He will be suiting up for this big AFC tilt.

New England has scored three touchdowns exceeding 39.5 yards, all of which came in the first two weeks of the season. One passing TD and two interception returns.

Pats opposition have surprisingly put up five touchdowns greater then 39.5 yards, but only one of which has been scored over their last five games (a 70-yard fumble return).

Big plays are random and can come at any time, but with both offenses struggling to score the last couple of weeks (57 points combined) and both QBs taking care of the ball with only 12 interceptions between them, a TD exceeding 39.5 yards does not seem too likely. 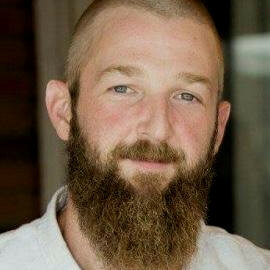