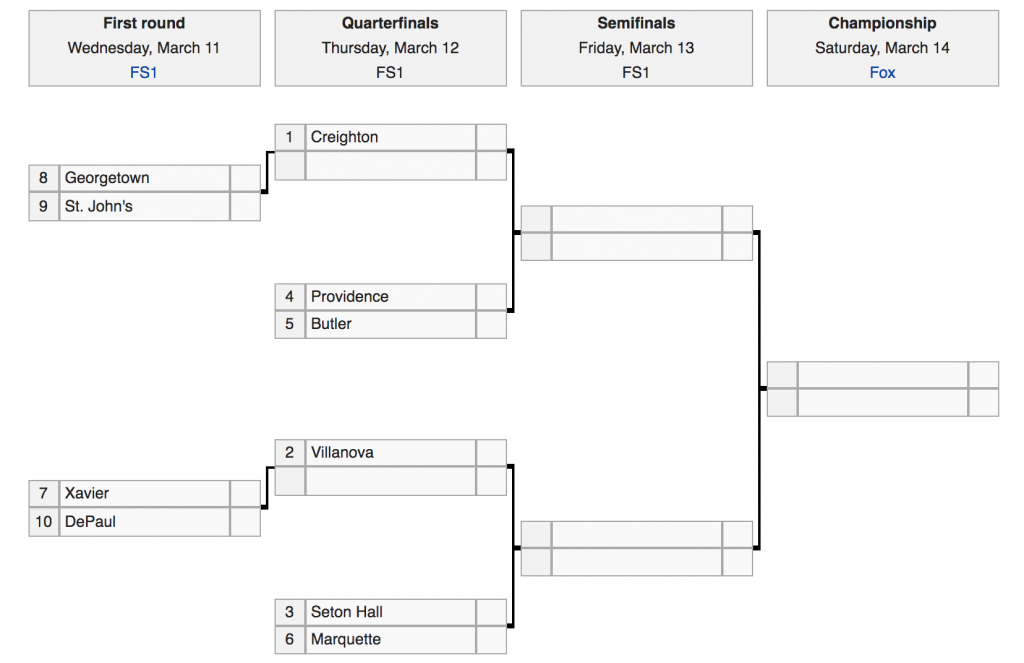 March has arrived, and several of the mid-major conference tournaments have already introduced the madness. Now with Selection Sunday under a week away, it is time for the Power Five to take center stage.

There is no bigger stage, of course, than Madison Squarer Garden, who will play host to the Big East Tournament from March 11-14. It should be a chaotic week for a conference that could get more than half their membership into the big dance.

Under Jay Wright, Villanova basketball has had an unprecedented run of success. Not only have they won national titles, but they’ve also been dominant at the conference level. The Wildcats have won three straight Big East Tournaments, and four of the last five dating back to 2015. However, as they look to continue that run, they won’t be the favorite.

Instead, it will be Seton Hall that tops the odds in 2020. The Pirates are also ahead in the 2020 National Championship Odds, sitting at +2500 against Villanova’s +3300 chances. Both teams finished with 13-5 records in the Big East, along with Providence, to set the stage for a tournament that feels just about as wide open as a Power Five tournament could.

A look at the odds just confirms the high potential for chaos this weekend at Madison Square Garden. Seven of ten Big East teams have odds in the range of +250 to +800, with Georgetown (+3300), DePaul (+5000), and St John’s (+5000) bringing up the rear. Those three teams were the only squads this season that didn’t win at least eight conference games.

Even Xavier, who has the seventh-best odds out of ten teams, has a track record that suggests they could get it done. Earlier this year, they went on the road to tenth-ranked Seton Hall and won by a score of 74-62. That’s the case for Marquette as well, who has wins over Butler and Villanova.

It will be a tall task for those bottom three teams, but above them, it’s appears to be anyone’s tournament.

No Juggernauts at the Garden

A big part of the tight odds is the fact that no one in the Big East has looked truly dominant. Obviously, Seton Hall has had a special season, but even they lost nine games overall on their way here. They suffered two defeats in their last two games of the year, falling to Creighton and Villanova to close the regular season.

Villanova themselves finished strong, but a stretch of defeats to Creighton, Seton Hall, and Marquette in early February certainly exposed holes for the Wildcats. There is value in betting Jay Wright, however, given his track record of postseason success. The Wildcats boast unanimous All-Big East selection Saddiq Bey, who is more than capable of carrying this team along with All-Big East second team selection Collin Gillespie.

While this tournament feels wide open, there is an edge that goes to the top three teams. Villanova, Creighton, and Seton Hall shared a 13-5 mark in conference play, and while each had it’s ups and downs, each showed enough resiliency to finished tied as best in the Big East.

With no one juggernaut at the top and no odds-on favorite, there’s value to be had everywhere in this field. Creighton is exciting after a blowout win against Seton Hall to close the regular season, the Pirates have perhaps the nation’s best player in Myles Powell, and Villanova has the feel of a reliable winner once again with Jay Wright captaining the ship.

With four years as radio host with The Ticket Sports Network and various written contributions to publications such as Fansided, Southbound and Down, and Last Word on Sports, Jake Mitchell comes to SBD with NFL, NBA, NCAAM, NCAAF and MMA know-how you can count on.

With four years as radio host with The Ticket Sports Network and various written contributions to publications such as Fansided, Southbound and Down, and Last Word on Sports, Jake Mitchell comes to SBD with NFL, NBA, NCAAM, NCAAF and MMA know-how you can count on.

[ad_1] Photo by My MMA News.Oddsmakers are buzzing about what’s next for Jon Jones Will…