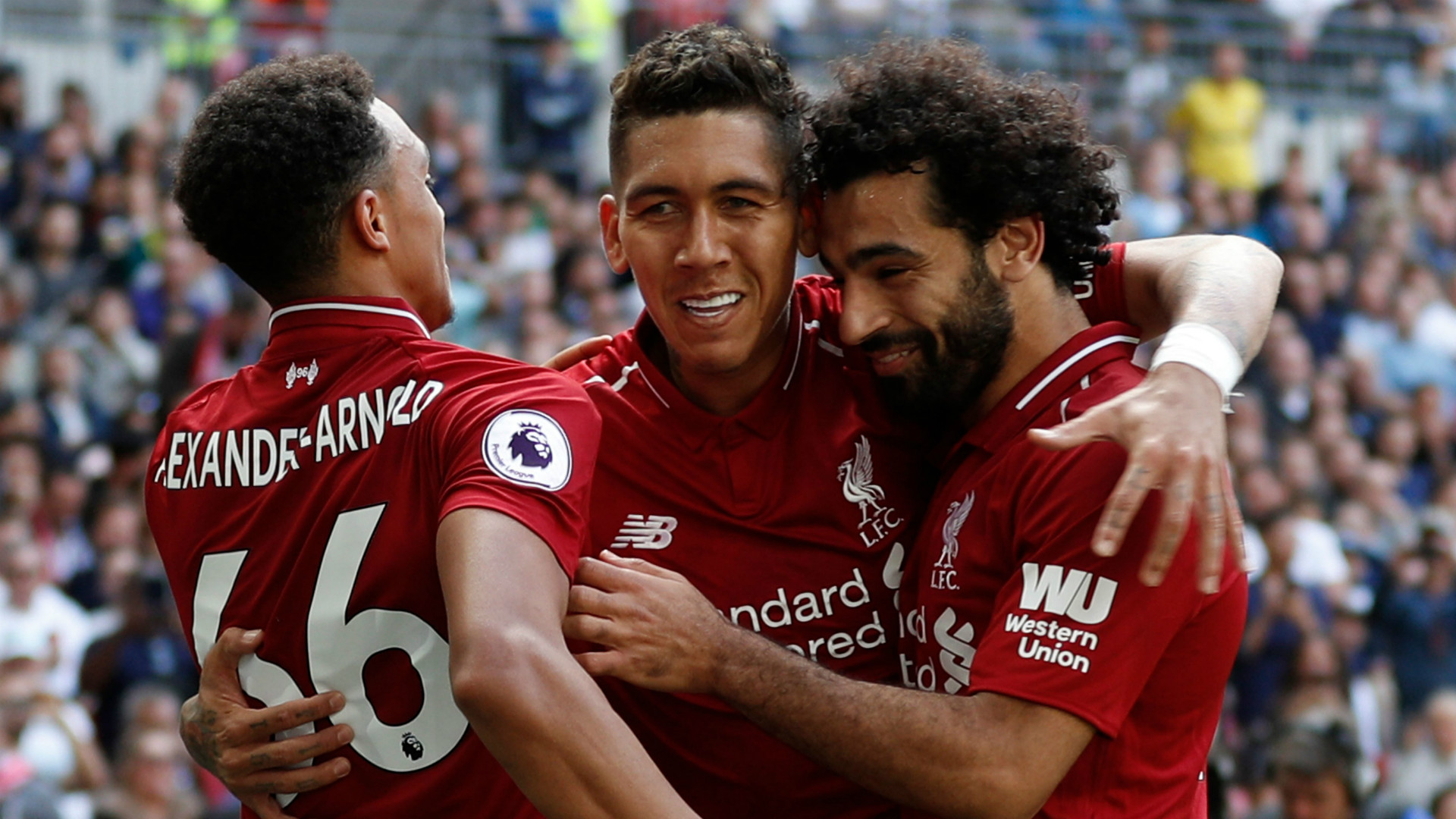 Six games into the 2018-19 English Premier League (EPL) season and odds have tightened up between the top two contenders Manchester City and Liverpool. The two clubs sit as heavy favorites to lift the trophy and you can track their odds throughout the season with our EPL Odds Tracker.

Will Man City Repeat as Champs?

The Cityzens suffered a shock defeat in their opening match of the Champions League, but have picked up where they left off last year in Premier League play. Man City hit the century mark for points last year on their way to lifting the trophy, and after six games this year have yet to taste defeat. Currently sitting in second in the table, their average odds have dropped slightly from -180 this summer to -140 today.

*View a full list by following the link in the table.

City are again the highest scorers in the league and frontman Sergio Aguero leads the team with four goals. Aguero is only one off the top scorer’s race and is favored to finish the season as the highest scorer at Bovada.

He was never going to miss from there… it's @aguerosergiokun of course! 🎯 #mancity pic.twitter.com/JwdkLu8Ane

No team has lifted the trophy in back-to-back years since Manchester United won three years in a row, last winning in 2008-09. If anyone can do it, Man City are certainly built to do so, but like any top league in the world, winning takes a lot of things going right.

City have already faced a couple speed bumps with star midfielder Kevin De Bruyne suffering a knee injury which will keep him out three months, as well as their 2-1 loss to French side Lyon in Champions League play.

Liverpool have yet to win a title in the Premier League era which began in 1992-93. Their last championship came in the 1989-90 season as part of the Football League First Division.

Liverpool opened with average odds of +450 earlier this summer and those odds have now been slashed by more than half to +180.

The Reds entered this season with one of their deepest and most exciting squads and big expectations for Jürgen Klopp’s men. Opening with average odds of +450 earlier this summer, those odds have now been slashed by more than half to +180.

“It’s good for us to know that we can make changes and still win football games.”https://t.co/GB8p9p3Eha

Liverpool invested heavily in the transfer market this offseason and have not disappointed fans so far. They’ve roared out of the gates to a perfect record while allowing the fewest goals in the league (2) and keeping the most clean sheets (4).

Will Either Club Win the EPL?

We can’t forget about Chelsea considering they’ve started their first campaign under new manager Maurizio Sarri with the same 5-1-0 record as City. Man City and Liverpool are still the the clear favorites and clubs with the most depth though.

I’ve mentioned the Champions League a couple times and that is key because it could occupy the focus of truthfully both of these teams, but more so for City. Manager Pep Guardiola already lifted the EPL title last year and should at least finish above their Manchester rivals United domestically.

If Liverpool beat Chelsea on Saturday, they'll become only the second club to win their first 7 matches of a #PL season (after Chelsea in 2005/06). pic.twitter.com/W697pQ4Q9m

But no English team has won the Champions League since Chelsea in 2011-12 and City have never won it. They are one of the favorites to win the tournament and if push comes to shove I believe Pep will allocate his resources there.

Head-to-head, Liverpool have also bested City in their past four encounters across three different competitions. I wouldn’t talk you out of a bet on either club, but I personally bet Liverpool this summer and see no reason to back off now.