The Calgary Flames are now -715 favorites to beat the Winnipeg Jets after winning Game 4 in commanding fashion. Photo from @NHLFlames (Twitter).

The Calgary Flames are now heavy -715 favorites to defeat the Winnipeg Jets in their playoff qualifying round series after winning Game 3 by a 6-2 score to take a 2-1 series lead. Winnipeg is being listed as a +3600 longshot in the 2020 Stanley Cup odds, while the Flames are sitting at +4200.

Considering this series originally opened as a pick’em, and was Flames -154 when the series was tied 1-1, is there any value betting on either team at their updated price?

Odds as of August 5th

The Flames turned in one of their best playoff performances in a long time when they beat the Jets 6-2 in Game 3 on Tuesday. The best news for Calgary is that their big guns came to play. Captain Sean Monahan had a goal and two assists, while Elias Lindholm, Johnny Gaudreau and Mikael Backlund all had multi-point efforts.

Winnipeg goaltender Connor Hellebuyck is favored to win the Vezina Trophy this season, but the Flames have made him look rather ordinary in this series. Part of that is due to special teams, as Calgary has scored five power-play goals and one shorthanded marker in the series.

In the Flames’ crease, meanwhile, Cam Talbot has been solid. The former Edmonton Oiler stopped 34 of 36 shots in Game 3 and now owns a .925 save percentage this postseason. The Jets were expected to have a big goaltending advantage in the series, but Talbot’s strong play is helping level the playing field in that regard.

I liked the Jets as a longshot heading into the 2020 postseason, but injuries are quickly becoming the story of their postseason run. Winnipeg was without Mark Scheifele, Patrik Laine and Mason Appleton for a second straight game Tuesday and then lost Mathieu Perreault to a lower-body injury in the second period.

The latest update on Scheifele, who was tied with Kyle Connor as the team’s leading scorer in the regular season, is that his injury is not believed to be long term. Laine, meanwhile, is currently sidelined with a wrist injury and also doesn’t have a timetable for return. Andrew Copp, who has never surpassed 30 points in a season, is currently centering the first line.

I don’t recommend betting the Jets to win this series unless there’s concrete information that Scheifele and Laine will return. The Flames’ top players are heating up and Winnipeg’s depleted top-six pales in comparison. The Flames have proven they can score on Hellebuyck, so the Jets will need two of their top scorers back in order to match up properly.

The Flames’ -715 odds to win the series seems a bit ludicrous when you consider that anything can happen in two NHL games. If Laine and Scheifele are ruled out for Game 4, I’d recommend just betting on Calgary to close out the series in an individual game bet. The Flames currently have -175 odds to win Game 4.

If the Jets do get two of their best players back for Game 4, that could be the type of spark that helps them make a series comeback. Winnipeg actually outshot and out-chanced Calgary in Game 3, but came up short when it came to finishing. It’s hard to see that trend changing with Scheifele and Laine out.

These are two closely matched teams but injuries are skewing this series in favor of the Flames. Make sure you monitor the injury reports and get confirmation either way before placing your bet prior to Game 4.

Brady is a passionate hockey fan and sports writer with over five years experience specializing in digital media, plus a degree in Broadcast Journalism. His work has been published by outlets such as ESPN, CBS Sports, Yahoo! Sports and Fox Sports.

Brady is a passionate hockey fan and sports writer with over five years experience specializing in digital media, plus a degree in Broadcast Journalism. His work has been published by outlets such as ESPN, CBS Sports, Yahoo! Sports and Fox Sports. 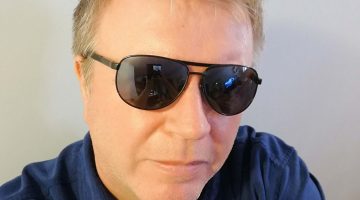 Stick With KT Wiz Against Straily

[ad_1] Bill Belichick has praised Russell Wilson in the lead up to this week's game.…

[ad_1] Tom Dumoulin has spent most of the Tour de France supporting Primoz Roglic. Will…