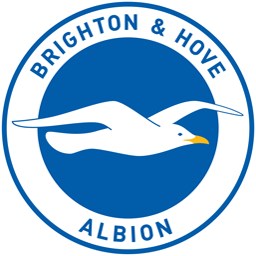 After being stunned by bottom-half side Burnley a fortnight ago, it was the turn of a struggling Brighton & Hove to shock the defending champions in their own backyard on Wednesday night. Coming on the back of resurgent wins over West Ham and Tottenham, Liverpool started the game on expected lines with Mohammed Salah coming close to scoring in the opening minutes as he blazed an effort over from close range.

That was a miss the Reds would regret as they went behind in the 56th minute.

Dan Burns who should have put Brighton ahead in the first half itself when he sliced one over the crossbar, was the architect of his side's opener. The defender's header into the area fell to Nathaniel Phillips who could only get a toe to it as the ball deflected off Steven Alzate and beyond Liverpool goalkeeper Caoimhin Kelleher into the goal.

Kelleher coming in for the unwell Alisson, was forced into some smart saves off Leandro Trossard and Pascal Gross efforts thus preventing the Seagulls from doubling their lead.

Graham Potter's men were astonishingly able to restrict Liverpool to just one shot on target – a lame attempt by Alex Oxlade-Chamberlain which looped straight to goalkeeper Robert Sanchez.

Jurgen Klopp's men have now slipped to the fourth and two points behind Leicester City who eased past Fulham 0-2 and are a yawning seven behind leaders Manchester City who overcame Burnley to roar to the top with 47 points.

Brighton meanwhile having registered their third win from four outings, inched further away from relegation territory after February 3rd's win and now find themselves move up a couple of places to the 15th.

Liverpool who are 24 points worse off than last season after 22 games, have regularly faltered against bottom-half sides, dropping points to Newcastle, West Brom, Fulham, Burnley and now, Brighton. 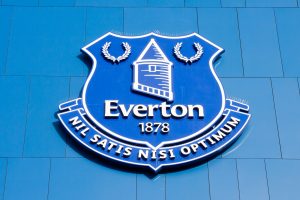 The Toffees went ahead early in the 9th minute of play when Lucas Digne's searching low cross from the left found an unmarked Sigurdsson who made no mistake while steering the ball into the net. Leeds responded in characteristic attacking fashion and almost equalized but Ezgjan Alioski's volley from a Raphinha corner unfortunately hit the post and went out.

Pascal Struijk then forced a fine save from Everton custodian Robin Olsen with his well-directed header that was acrobatically tipped over.

The momentum swung the visitors' way as they created openings of their own. Calvert-Lewin’s effort went wide after he selfishly went alone when he had a waiting Richarlison in support. The striker did not let the next chance that came his way go abegging as he got on to the end of a Ben Godfrey flick from a corner and dove from close-range to put his header in with just 4 minutes of the first-half left.

Leeds were the better side post-interval as Raphinha pulled one back in the 48th minute for the hosts with a calm finish from Patrick Bamford's pass. However, an equalizer remained elusive as Everton hung resolutely to Leeds' onslaught.

Mateusz Klich thought he drew level but his deflected effort was expertly staved off the line by Olsen, who was again up on his feet quickly to prevent Raphinha converting from the rebound. Patrick Bamford saw his header clip the top of the bar in the 72nd minute as the hosts simply could not find their way back into the game despite all the pressure.

Carlo Ancelotti's side moved to the sixth with 36 points and more comfortably with a couple of games in hand. Marcello Biesla's Leeds, succumbing to their 10th defeat of the season, now find themselves in the 11th place with 29 points garnered from their 21 outings so far.

Jesse Lingard debuts for the Hammers with a double strike; sinks Villa 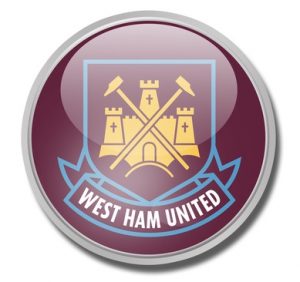 Manchester United loanee Jesse Lingard, making his first Premier League start in over a year, made a sensational beginning to his tenure with West Ham courtesy two second-half strikes at Villa Park on Wednesday night. In a barren first-half, Villa striker Ollie Watkins found the best opportunity coming his way when his curling attempt found the post but it was the visitors who looked the better side.

Tomas Soucek shot just wide after combining brilliantly with Lingard and Benrahma as West Ham finished the half on the front foot. That was confirmed in the second period even as Villa manager Dean Smith sent in Bertrand Traore in place of the ineffective Anwar El Ghazi at half-time.

But it was David Moyes' men who got the breakthrough in the 51st minute. The goal came from a smart move that saw Craig Dawson heading a Villa long ball to Antonio who laid off for Said Benrahma to slot through a pass for Soucek.

The alert Czech shot across goalkeeper Emiliano Martinez and into the far corner for the opener. Lingard, ignored totally by Solksjaer for better parts of the last season and the current one, showed tremendous skill in chesting down Antonio's cross from a West Ham counter-attack and firing home from an angle for his first goal for the Hammers in the 56th.

The visitors almost went three up immediately when Villa defender Ezri Konsa was forced into a desperate save off the goal-line from an Antonio lob. Much against the run of play, Villa were able to pull a goal back in the 81st when Jack Grealish played in Watkins for the latter to slot in past Hammers custodian Lukasz Fabianski.

Barely 2 minutes later, Lingard got his second of the night when Martinez couldn't control the Englishman’s shot and the ball slipped in.

After the 1-3 Villa Park win, West Ham remain on an impressive 5th, two points behind fourth-placed Liverpool while their opponents slipped to the 9th spot with 32 points but still with a couple of fixtures in hand.

Other results from Wednesday, February 3, 2021 games