Kansas City Chiefs quarterback Patrick Mahomes will be looking to end a one-game losing streak on the road against a Buffao Bills team also coming off their first loss of the season. Photo from @PFF (Twitter).

The Kansas City Chiefs and Buffalo Bills didn’t just lose their first games of the season in Week 5. They were humbled.

Both Kansas City and Buffalo surrendered 40 points in their respective setbacks. But while the Chiefs were outscored 40-32 by the Las Vegas Raiders, the Bills were dumped 42-16 by the Tennessee Titans.

Consdering the Titans had practiced once since Sept. 27 due to a COVID-19 outbreak within the team, that’s served to create some public concern about whether the Bills are legit. That helps to explain why the 4-1 Bills are five-point underdogs at home as the face the 4-1 defending Super Bowl champion Chiefs.

The Chiefs travel to Buffalo to play the Bills on Monday night (Oct. 19th, 5pm ET) in a game that was moved back from its original Thursday date due to Tennessee’s ongoing issues with COVID-19. The Bills are playing on a short week after facing the Titans on Tuesday.

The forecast is for rain, 5 mph wind and a temperature of 51 degrees.

Odds taken Oct. 18th at DraftKings.
Kansas City opened as three-point favorites. After finishing up watching the Titans dismantle the Bills, it didn’t take NFL bettors long to quickly push the Chiefs vs Bills odds to KC -3.5. And the line’s only continued to grow ever since.

At some point after this season, Buffalo quarterback Josh Allen and Patrick Mahomes, his KC counterpart, are supposed to meet in some sort of distance-throwing competition. Consider this to be a preview of coming events, because both these teams like to air it out.

The major difference comes in what each team does while defending the pass. The Chiefs are the NFL’s #6 pass defense (225.2 yards per game). Buffalo rates 24th overall (263.2 ypg).

Buffalo is riddled with ailments and that’s not good news when facing a QB who’s just won the Super Bowl a year after he was NFL MVP.

Five Bill starters are either questionable or out. The list includes linebacker Matt Milano (pectoral) and cornerback Tre’Davious White (back), who are questionable. White is Buffalo’s best cover man. Mahomes could have a field day if he isn’t able to go.

Dawson Knox will not play vs. the Kansas City Chiefs. Sean McDermott says it's wait and see with some of the other guys like Tre'Davious White, Matt Milano and John Brown. #Bills

The Bill did get some good news. Linebacker Tremaine Edmunds (shoulder) and wide receiver John Brown (knee) are expected to play after opening the week as questionable. Tight end Dawson Knox (calf) is out and guard Quinton Spain (foot) is questionable.

The Chiefs will be without receiver Sammy Watkins (hamstring) and guard Kelechi Osemele (knees). Tackle Mitchell Schwartz (back) is questionable.

Le’Veon Bell won’t make his KC debut. The midweek waiver claim must clear the NFL’s COVID-19 protocol before suiting up.  Buffalo won the last meeting between these two teams but KC has won the last two games at Buffalo.

The Bills are 1-3 against the spread in their last four games against the Chiefs. Regardless, if you can get a division-leading team at home and five points, you take that spread. 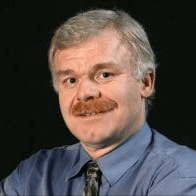 An industry veteran, Bob literally taught the course on the history of sports at Elder College. He has worked as a Sports Columnist for Postmedia, appeared as a guest on several radio stations, was the Vice President of the Society For International Hockey Research in Ontario, and written 25 books.

An industry veteran, Bob literally taught the course on the history of sports at Elder College. He has worked as a Sports Columnist for Postmedia, appeared as a guest on several radio stations, was the Vice President of the Society For International Hockey Research in Ontario, and written 25 books.