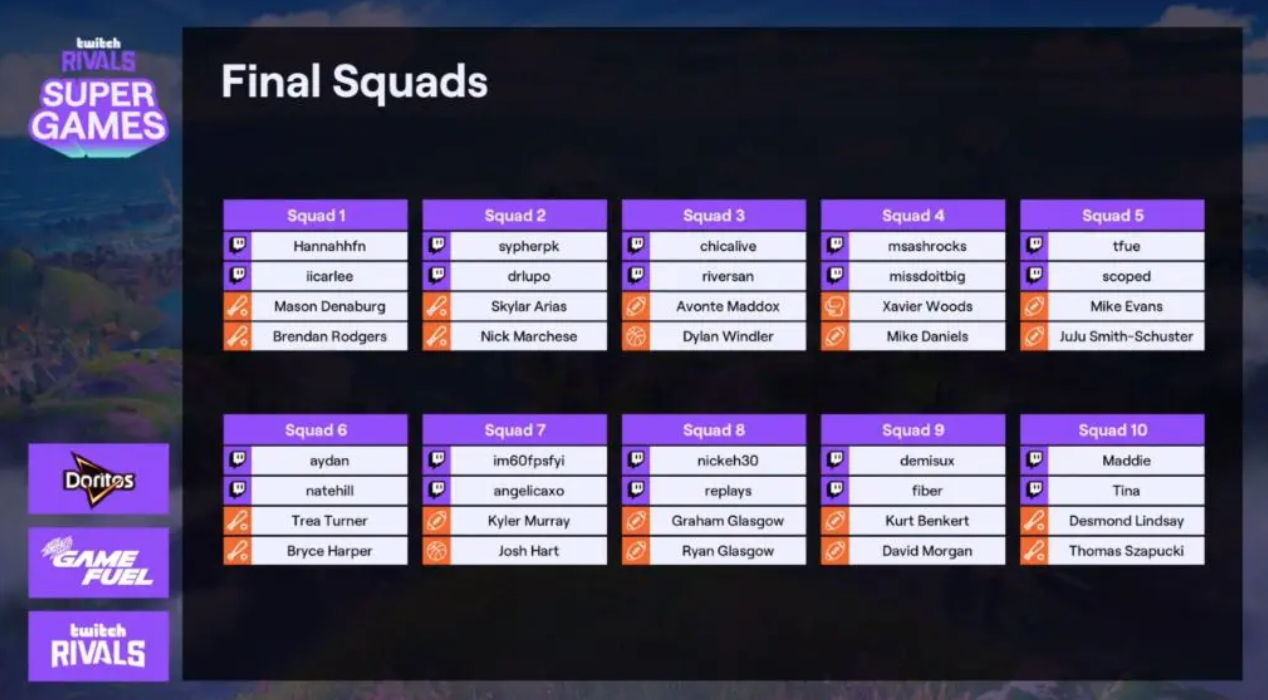 For more information on how to wager on Fortnite, make sure to check out our How to Bet on Fortnite page.

Odds as of April 22 at Bodog

The SuperGames tournament is slated to follow the Blitz LTM ruleset. The zone will start moving immediately after the match starts and the time between zones is shortened.

The team with the highest point total after five games wins the event. Thirty-five points are awarded to the first-place team per match, with 30 going to the second-place team, 25 to the third-place team and 20 to the squad that comes in fourth.

The prizing breakdown is significant. There is a total of $1 million on the line in charity prizing to be spread out, with $150,000 awarded to the champion along with $100,000 and $75,000 to the second- and third-place teams, respectively.

The teams are constructed of two esports streamers/pro players and two professional athletes. The athletes already went through a tournament to qualify for this event and were drafted onto squads on April 20. It’s worth noting that only the athletes’ names are listed in the odds table above.

Most of the biggest names in Fortnite will be involved in the SuperGames tournament, including NickMercs and DrLupo, who’ve recently been away from Fortnite. The full team list can be seen here: