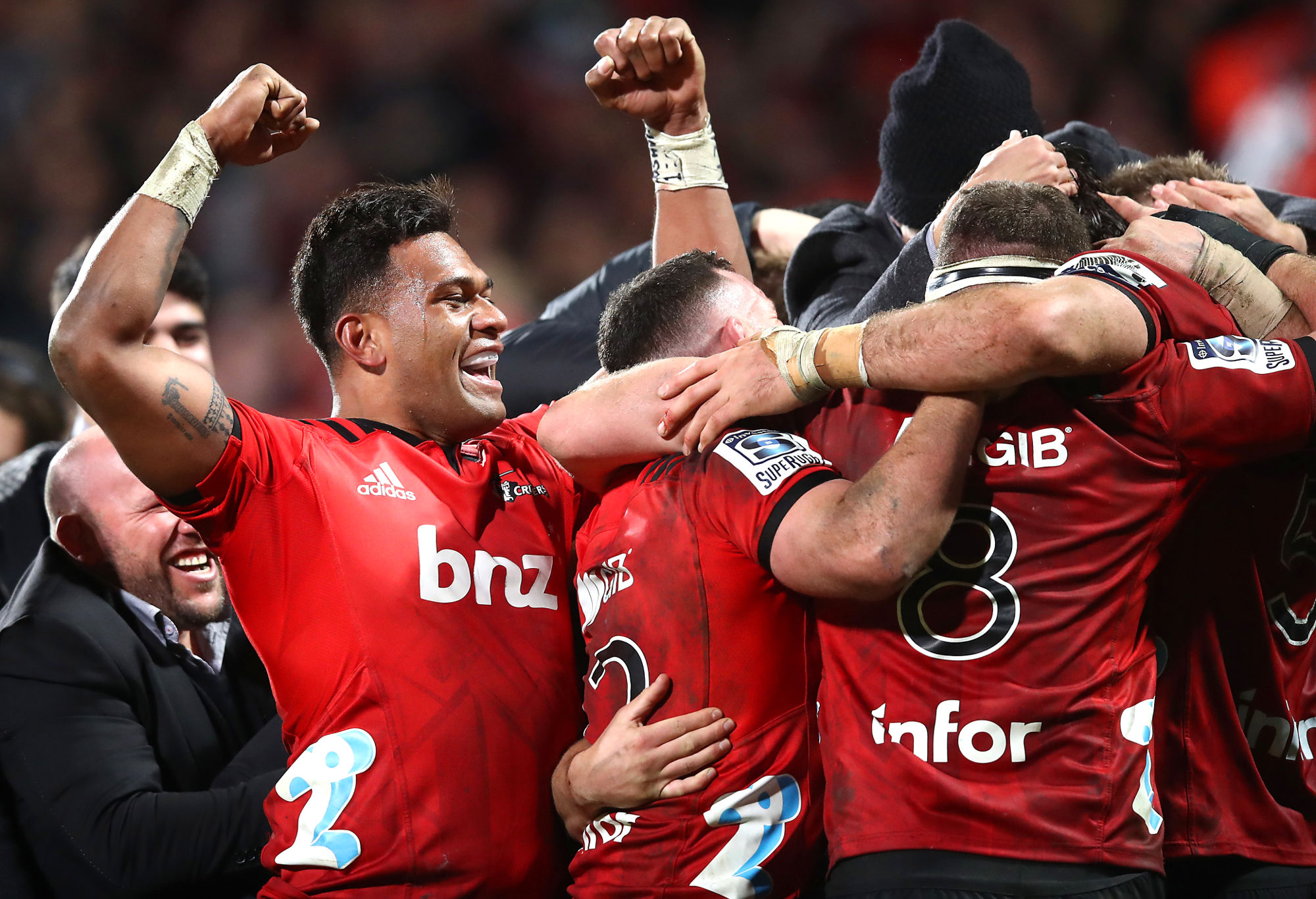 Well there we go. As many predicted way back in February, the Crusaders have picked up their ninth Super Rugby title and broken Lions hearts for the third year in a row at the final hurdle.

While the result ended up going the way most of us expected that doesn’t mean that it was a boring match with little to talk about – far from it.

It’s been spoken about a lot this year but the Crusaders defence is something impressive. What stands out is the way in which they just seem so comfortable when defending.

While other teams might be a bit panicky or concerned that if they are having to defend then that must be a bad thing, the Crusaders seem to view it as an opportunity to dominate their opposition and break their spirits.

In all sorts of contact sports, a club’s defence is viewed as a big indicator of the start of the broader culture at the club. Defence is a state of mind and clearly things have been very happy in Christchurch for a while.

What’s more impressive is how the Crusaders are able to use their defence to gain territory. For them it’s not a case of not letting the opposition gain ground, defence is a chance to push them back and force them further away from the try line.

This meant the Lions forwards had to scramble back to try and get involved in the ruck and that meant slower ball and fewer chances of an overlap somewhere.

You can be sure that defence coaches around the world will be analysing plenty of tape of the Crusaders during their respective offseasons. But hopefully they won’t forget that the biggest coaching job for them is to get their players’ heads straight. 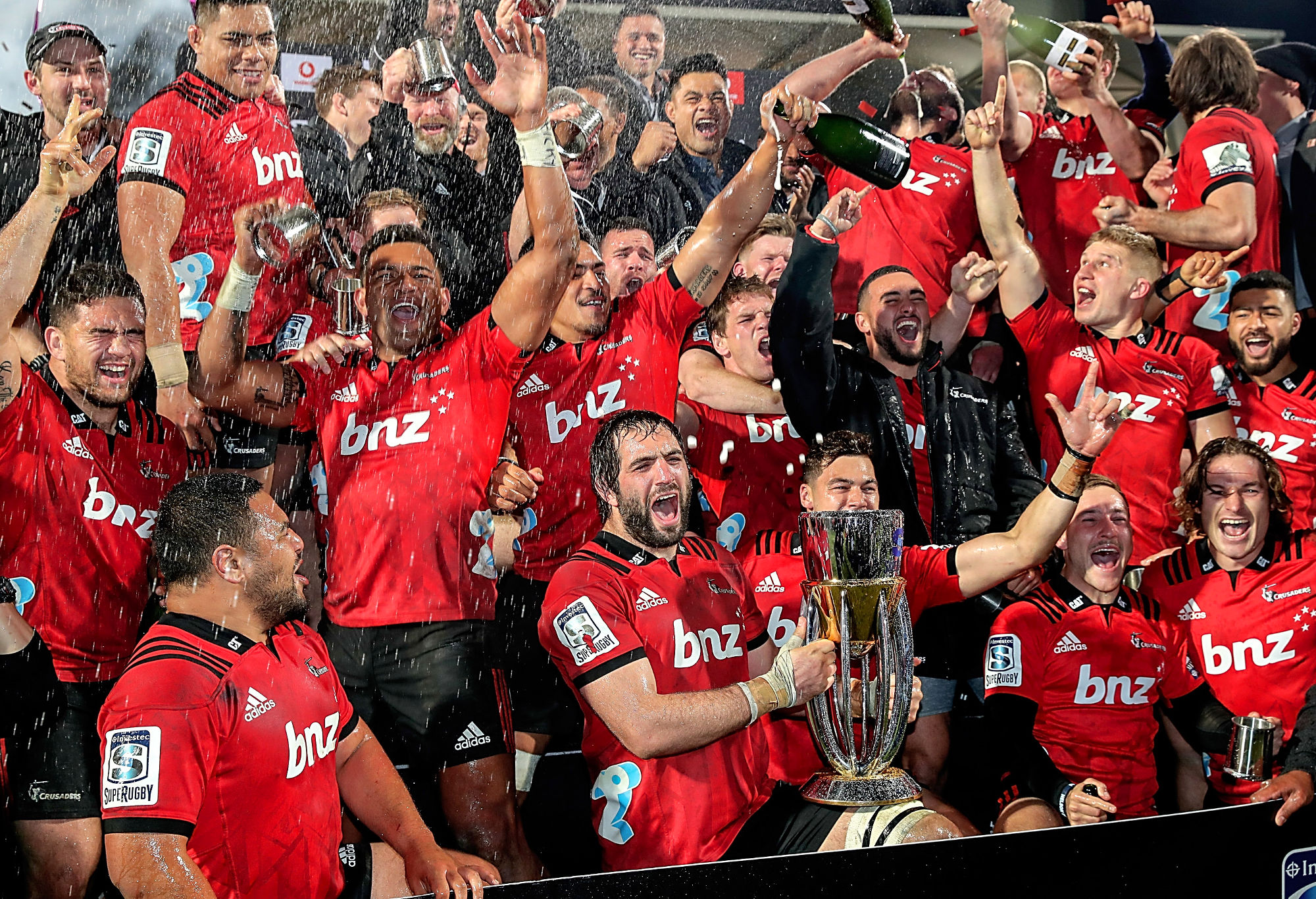 The Lions and the case of the missing off-load

When the Lions did crash into the Crusaders defence they gave it everything but made so few inroads. This was partly down to their ineffective off-loading and short passing game. They just were not creating enough complexity for the Crusaders to have to deal with.

The contrast was clear to see in the home side’s first try when Kieran Read gave a perfectly timed short pass just before being hit in the line. That put Heiden Bedwell-Curtis into a gap and he crashed through gaining a critical 10m or so.

This was too much for the Lions to cope with and a couple of passes later Seta Tamanivalu was scoring in the corner. That short pop from the Crusaders No.8 was simple but it made all the difference.

The Lions have a power game that is the envy of many but against the Crusaders they needed to add these extra elements to really challenge the champions and it was just missing in action.

Of course sides at this level of professional rugby do their homework ahead of a game and the Crusaders would have known that the Lions set piece was going to be at the forefront of the South Africans attack in the Final.

But doing your homework is one thing – executing a strategy that entirely nullifies the Lions lineout is on another level.

After the game, Lions captain Warren Whiteley shared how nothing his lads could do at the lineout was able to surprise the home side:

“We tried the peel around the front, we tried one towards the back, we went straight, pretty much did everything that we could and they were just very good.”

Time and again the Crusaders would drive the Lions line out back as it attempted to get its maul rolling. Last week the Lions lineout monstered the Tahs several times but this week it was a damp firework that just would not light.

What then made the situation worse was that the Lions didn’t seem to have a Plan B, which takes us to…

Poor decision-making when it mattered

It’s tough when one of your biggest weapons all season fails to fire in the game that really matters but the Lions didn’t seem to have too many ideas.

To be fair they didn’t have too many other options but there were too many examples where when things weren’t going right the Lions failed to adjust quick enough.

One example was in the second half when the Lions had a penalty awarded. They were well behind but a quick try could just give them the momentum they needed to start putting some pressure on the Crusaders.

While the driving maul from the lineout hadn’t been working, the Lions lineout itself was pretty solid so you’d assume that when given the penalty the South Africans would head for the line out once more.

However they chose to go for goal. The fact that they missed that kick obviously made things worse but at that point in the game the kick was the wrong option. They needed points and they need some confidence and the penalty kick at goal was a bad idea.

Another interesting example came during Ryan Crotty’s time in the sin bin. The Lions had another penalty and were pretty close to the Crusaders’ line.

This time they did go for touch but why didn’t they ask for the scrum? The penalty was quite close to the middle of the field and with the Crusaders have defend with one fewer backs there would have been a huge amount of ground for the reduced Crusaders defence to cover.

The Lions did end up scoring shortly after this lineout but it still looked like a strange decision when it was made. 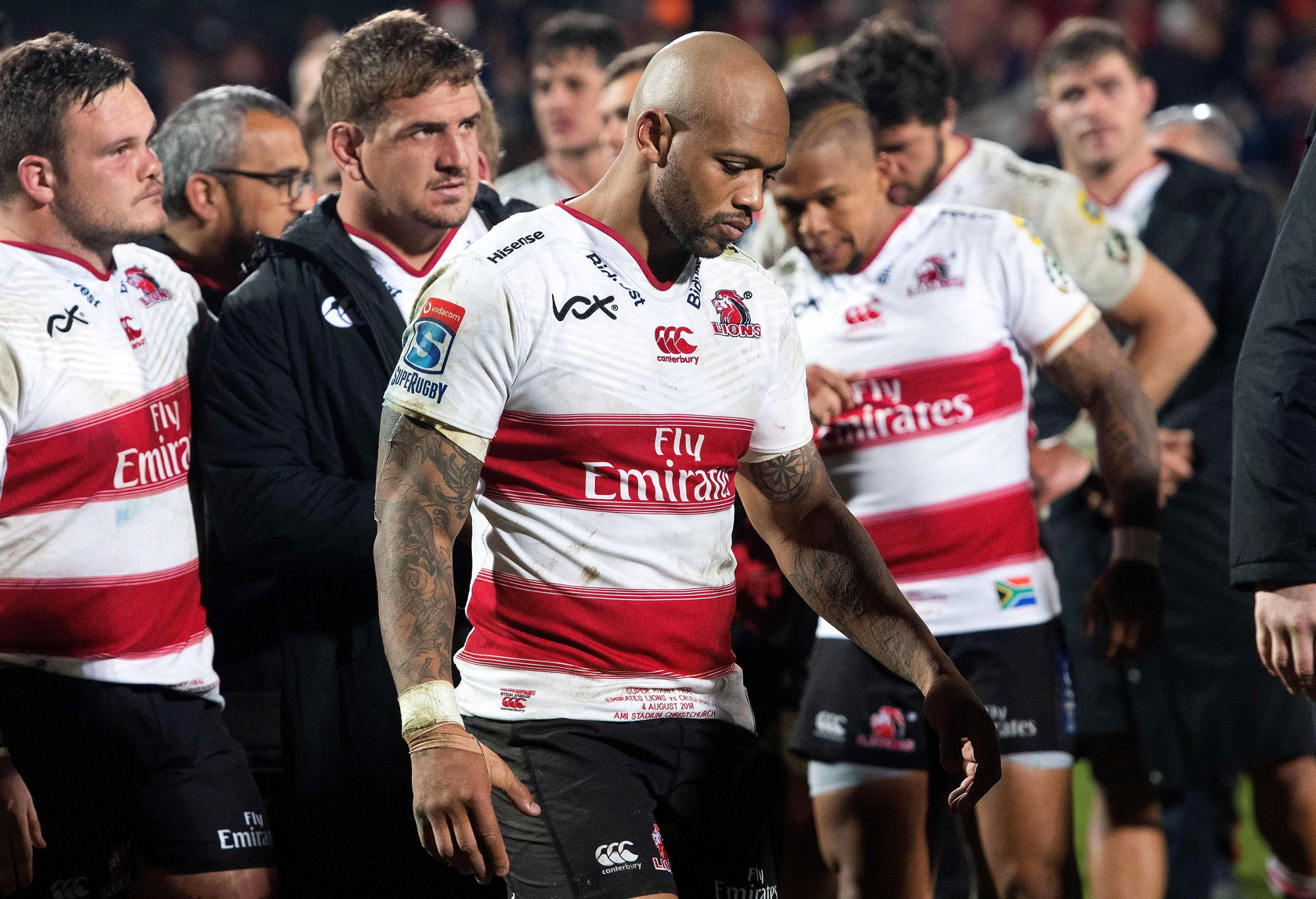 Power of the bench

As the game went on and the Lions fought valiantly to try and get themselves back in the game, both sides started using their benches and here the Crusaders were in such a strong position.

Whereas the Lions arguably had to be happy with a fresh pair of legs coming on, the Crusaders had some great talent coming off their bench.

This was highlighted with Scott Barrett’s try where replacements Peter Samu, Mitchell Drummond and Sam Anderson-Heather all interlinked nicely to put the big second row over.

Such incredible depth is so important over a long season and the Crusaders demonstrated yet again that they have the complete squad, not just an awesome starting XV.

Always the bridesmaid, never the bride

The Lions are a good side and while there is no shame in losing to this Crusaders side, this Lions group might look back and see this as their last chance to win their first title.

They are due to lose some players and the style that they play just doesn’t seem to be working at the very top level.

Yes they entertain and they score points galore, but how much longer can they point to the “points for” column and hope people don’t notice the empty trophy cabinet?

It will be interesting to see if they can maintain and even improve their performance next season and become a genuine threat to the title.

McKenzie might have to settle on fullback for the All Blacks
Another man of the match performance and more accolades for Richie Mo’unga continue to drive the debates about what Steve Hansen will do come the Rugby Championship.

There’s plenty of people saying that one of the reasons why Mo’unga is playing so well is the high quality pack that works so hard in front of him.

While it’s certainly true that every number 10 wants their pack to dominate, that doesn’t mean that just because your pack is on fire that your performance then steps up automatically.

Secondly, the All Blacks seem to have a pretty fair pack as well so why not stick one of if not the most in-form fly-halves in the world in for the Kiwis come the first round?

The other pretender for the crown – Damian McKenzie – has had a pretty good season at No.10, he has also shown that in the big games, his rapid style of play can cause more problems than positives. So perhaps Mo’unga is going to be the immediate backup to Beauden Barrett.

Of course McKenzie does have that pro in his favour that he can play both as No.10 or No.15 and so as a bench player he arguably offers more options to Hansen.

It will be interesting to see which way the All Blacks coach goes. 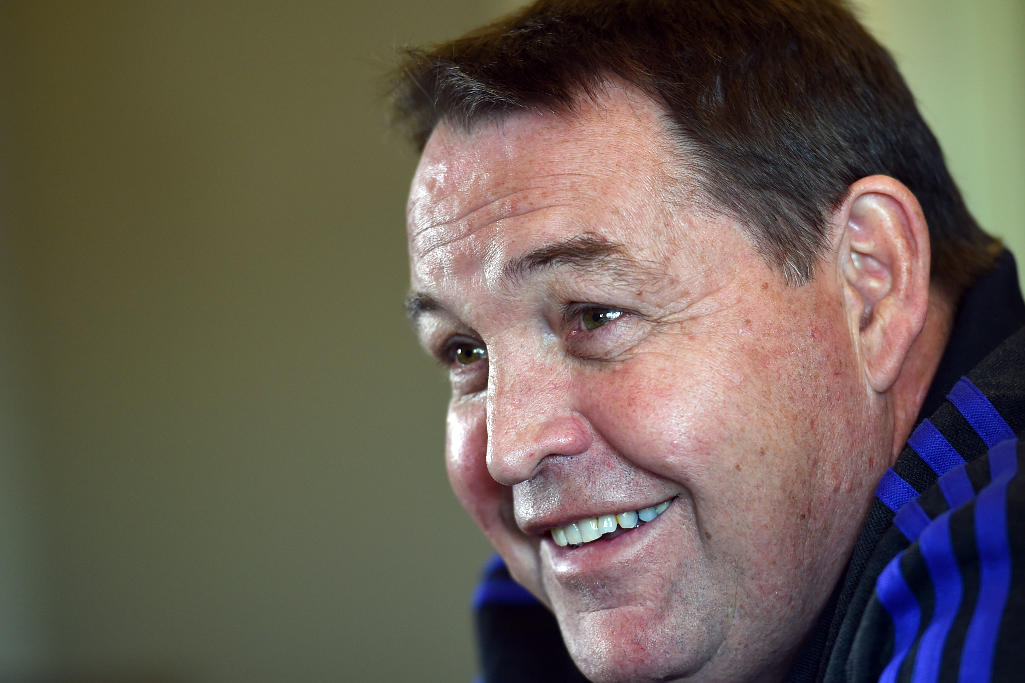 Luckily for rugby fans we don’t have to wait long for more of the sport we love. The Rugby Championship kicks off in two weeks and there’s plenty to be excited about.

For many it’s hard to see past the All Blacks as winners, but there has been plenty on display this season in both Super Rugby and the June Internationals to suggest that there are going to be lots of twists and turns to focus on as the championship unfolds.

Let’s hope that the Argentine side are more Jaguares than Puma and that the Wallabies and Springboks really stand up and show what they can do.

The Wallabies especially will be wanting to build on the better year that their club sides have had and all sides will know that with just over a year to go until the big dance in Japan next year, this is one of the final chances to try new things as they look to bed in combinations and build momentum.

Article link: Eight talking points from the Super Rugby Final. Written by Oliver Matthews, on The Roar – Your Sports Opinion. 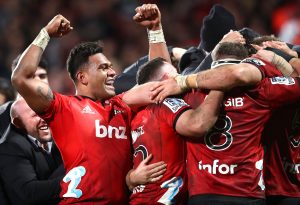