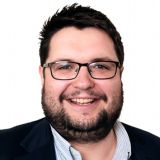 Chelsea have rejected a bid from Bayern Munich for Callum Hudson-Odoi, sources have told ESPN.

Bayern tabled a loan offer for the England winger, first reported by the Daily Mail, with the option to buy at £70 million, according to ESPN sources, but Chelsea are understood to have rejected it.

The Bundesliga champions are expected to return with another offer with the transfer deadline shutting on Monday, but sources added that Chelsea are keen to avoid any option to buy in a potential deal.

Hudson-Odoi, 19, started Chelsea's 4-0 win over Crystal Palace on Saturday but has been linked with a move to long-term admirers Bayern with Frank Lampard significantly bolstering Chelsea's attack in the summer.

There were reports Hudson-Odoi was open to a move, but sources have told ESPN he is happy at Stamford Bridge.

“There is no definitive answer — by Monday we will know. If they have declared their interest, that is one thing but in terms of the squad, everything that happens will be either firstly good for us as a club because Callum is our player. What Callum wants will come into consideration but it has to be right for everybody,” Lampard said in a news conference when asked about Hudson-Odoi's future.

“At the minute, I want Callum as part of my squad, especially when he is offering up what he did in the second half today and when he came on against West Brom and that's where I'm at.”

Hudson-Odoi has long been on Bayern's radar. The Champions League holders tabled a number of offers for the winger in 2019, but Hudson-Odoi opted to sign a new contract through to 2024 at Chelsea.

Bayern are targeting three new signings before the transfer deadline shuts, with Marc Roca expected to be the first, sources told ESPN.