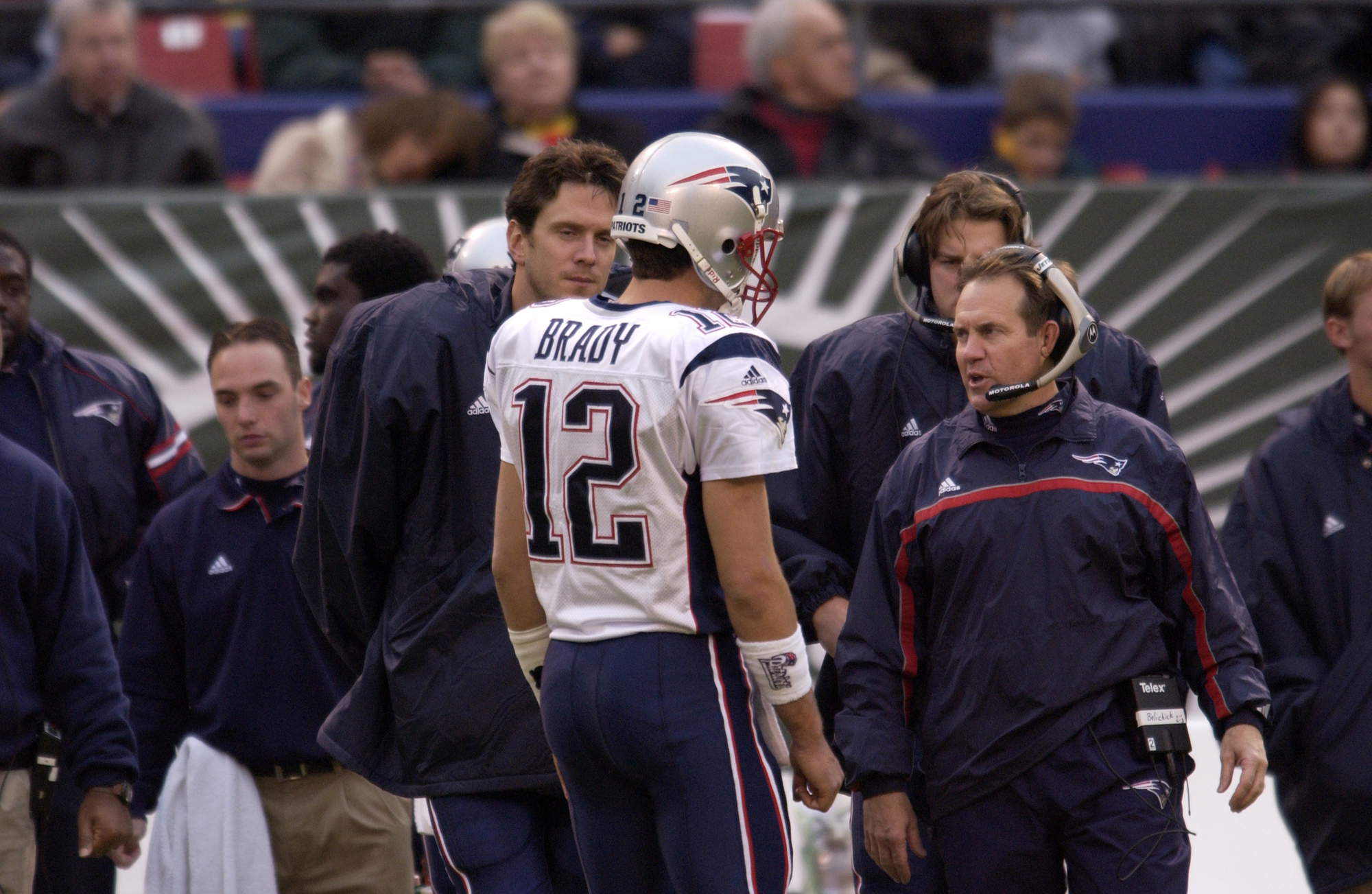 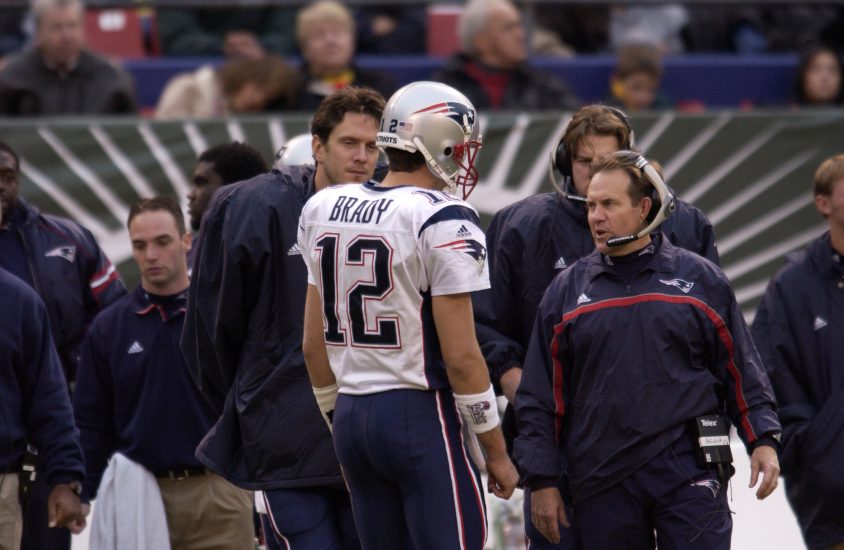 It has been nine years since a team other than the New England Patriots won the AFC East.

That year it took a catastrophic knee injury to Tom Brady to sideline the Pats, and even then they ended up 11-5. That’s one of two seasons since 2001 that a team other than New England has claimed the crown.

Is this the year it happens again?

I mean…I guess it could…

Not surprisingly, both
Bovada and
BetOnline feature New England as favorites in the AFC East. Heavy favorites.

On both sites, they have the widest margin between a favorite and second place. Both offer identical orders too: they give the Dolphins the best odds at knocking off the Pats, following by the Bills and Jets.

As we learned in 2008, one injury can change the entire outlook of a season. While things don’t look to be in the rest of the division’s favor, you never know what can happen between now and the start of the season.

Since 2010, the New England Patriots have locked up at least 12 wins every year. 2017 was no different. They went 13-3, making it to another AFC Championship game and Super Bowl.

While they didn’t come away with a sixth Lombardi trophy, they maintained their status as the class of the AFC.

But just before that loss to the Eagles in February, reports of dysfunction between owner Robert Kraft, Bill Belichick, and Brady surfaced. And there was the benching of Malcolm Butler in said Super Bowl.

Questions surrounded the three all off-season, but no one ever got any answers. Amid that turmoil, Dion Lewis, Nate Solder, Danny Amendola, and Malcolm Butler all left via free agency.

So this is the end, right?

Patriots Insider @tomecurran says Bill Belichick intentionally didn’t get exasperated after multiple Malcolm Butler questions because he wants to show everyone that, essentially, he’s over it. If he got mad, it would have been more oxygen for that fire.

The Patriots did very Patriot-like things in the off-season. They acquired Danny Shelton to fix their run defense. Adrian Clayborn should help the pass rush, and Jason McCourty will soften the blow of losing Butler.

With Julian Edelman sidelined by a suspension coming off of his torn ACL, a slew of receivers will get a chance to latch on with Brady. While they learn the ropes, Rob Gronkowski will soak in plenty of targets.

Danny Etling getting some extra work in with the Patriots’ young receivers and DBs. Hit Braxton Berrios on this one. pic.twitter.com/WML7pCcU6G

New England has the best head coach, quarterback, and skill position player not named LeSean McCoy in the division. Even if Brady begins to look like he’s 41 and his whole Instagram persona is a lie, it’s hard betting against them.

After a year-long hiatus, Ryan Tannehill is back.

Tannehill returns from a torn ACL suffered last year, offering more stability under center than Jay Cutler. But Cutler’s a reality TV star now so everything worked out.

Ryan Tannehill's knee brace has “TANNEHILL 2.0” plastered on it. pic.twitter.com/PW85s649fz

This will be the Dolphins’ third year under Adam Gase. If Tannehill had made it through all of 2016, he likely would have had the best year of his career.

Unfortunately, his supporting cast will be very different.

Sub out Jarvis Landry for Danny Amendola and Albert Wilson. Frank Gore has had a great career, but he’ll just be teaming up with Kenyan Drake and Kalen Ballage. Like most rookies, it’s tough to project what Mike Gesicki will do.

“We have a lot of new faces & a lot to prove this year but I feel like we can do a lot with this defense we have”
– @Iamxavienhoward on @MiamiDolphins D in 2018 #FinsUp pic.twitter.com/GwXitrnVUU

Defensively Miami is hoping it’s addition by subtraction with Ndamukong Suh. He’s infinitely talented in the middle of a defensive line, but Suh didn’t exactly make it a secret that he was unhappy.

Robert Quinn gives them a talented playmaker on the edge, who will tag-team with Cam Wake.

Robert Quinn gives them a talented playmaker on the edge, who will tag-team with Cam Wake. Miami will also get a boost at linebacker where Raekwon McMillan returns, and at safety where rookie Minka Fitzpatrick will try make the secondary a little more formidable.

Miami isn’t even a lock for second in the division. They’ll need Quinn and Wake to stay healthy on defense, and Tannehill to mesh with his new weapons early.

After years and years of being lost in the woods, the Buffalo Bills finally made it back to the playoffs in 2017.

Now they have their work cut out for them if they want to go back.

The confusing Tyrod Taylor era is over. Now it’s time for Josh Allen. Allen may not be ready for the show, so that’s where AJ McCarron comes in.

McCarron may not have too much help though. The Bills lost three members of their offensive line in the off-season, we have no idea what’s going on with LeSean McCoy, and the number one receiver is…Kelvin Benjamin.

The Bills’ defence is what got them to the playoffs and what would have, if Taylor had been able to move the ball, gotten them past the Jacksonville Jaguars.

Tre’Davious White was an excellent cornerback almost immediately, but there’s a hole opposite him. E.J. Gaines is gone, so now Buffalo is hoping Vontae Davis can stay healthy.

Their pass rush is still intact, and Tremaine Edmunds will make them even more dangerous at the linebacker level. They beefed up the line alongside Kyle Williams with Star Lotulelei, and added Trent Murphy.

Since this is breaking news, I don't think it breaks the terms of my twitter ban for charity.
LeSean McCoy has reported for the start of #Bills camp in suburban Rochester.

The biggest question is what happens with McCoy. We’re still way too early in this ordeal to know if he’s going to miss any time, but it will be a cloud hanging over the team regardless.

If he doesn’t play, it’ll sink the Bills offensively. If he does, they’re good enough to push the Dolphins for second in the AFC East.

Like the Bills, the New York Jets got their man at QB. Now they just have to see if he’s ready.

Sam Darnold is the future under center in New York. The third overall pick is ready to face the bright lights of the big city, but the Jets have insulated the position well. If he needs more time, Josh McCown and Teddy Bridgewater can take the snaps for Gang Green.

A real strong chance that the player the #Jets traded for won't be with the team this season in Rashard Robinson… we should learn the fates of Robby Anderson, Dylan Donahue, and Chris Herndon sooner rather than later… #JetsCamp https://t.co/uAR32cLf5e

Whoever is throwing the ball for them though, may be missing top target Robby Anderson. The football world is still waiting to hear whether his legal troubles will land him a suspension.

The Jets have guys who can move the ball, but it will be touch and go offensively.

They still have Bilal Powell, and Terrelle Pryor was added through free agency, so the Jets have guys who can move the ball, but it will be touch and go offensively.

On the defensive side is where the Jets will make their impact.

Safeties Marcus Maye and Jamal Adams are emerging stars. The two safeties have big expectations being heaped on them entering year two. They’ll have to settle a secondary that features Mo Claiborne and Buster Skrine, a signed Trumaine Johnson.

Leonard Williams is entering his fourth year, and after just two sacks in 2017, he has the talent to get back to the seven-sack level.

The defensive line will have some fun this year too. Leonard Williams is entering his fourth year, and after just two sacks in 2017, he has the talent to get back to the seven-sack level.

Alongside Henry Anderson, these two will cause problems for some of the weaker offensive lines in the AFC East.

Who takes the AFC East?

Vegas has nailed this one.

Unless the unforeseen happens and the Patriots stumble, or a slew of injuries fell the mighty giant, it’s impossible to justify spending money on anyone else.

The sand will run out of the hour glass though. And the other three teams can hardly wait.