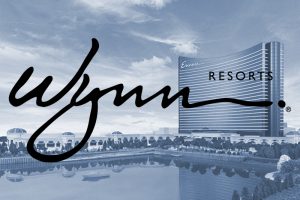 The $2.6 billion hotel and casino resort opened doors in late June in the Massachusetts City of Everett in the Greater Boston area. During its third-quarter conference call on Wednesday, Wynn Resorts said that the majority of the property’s revenue came from casino gambling.

Revenue from Encore’s slots and table games amounted to $114.9 million during the third quarter of the year. While proceeds from the Massachusetts property represented just a fraction of Wynn Resorts’ overall quarterly operating revenue of $1.71 billion, they were more than enough to offset losses sustained due to the poorer performance of the operator’s Macau-based resorts.

Since its launch, Encore has struggled to gain traction in New England’s lucrative but highly competitive New England slots market. In comparison, its table games have performed more than well. Wynn Resorts’ CEO, Matt Maddox, told investors on Wednesday that he was not concerned with the poorer than anticipated slots revenue as they were “at the beginning of the ramp, […] not at the end.”

According to figures provided by the Massachusetts Gaming Commission, Encore generated $21.8 million in gross revenue from slots in September, which was less than half of the $48.9 million the property recorded in gross gaming proceeds, but was up $2 million from the August slots figure.

Commenting on what they plan to popularize Encore Boston Harbor both regionally and internationally, Mr. Maddox that they would be “tweaking our marketing” each quarter and that they would “be focusing on growing our database, working on controlling expenses, and growing revenues.”

Mr. Maddox said Wednesday that since the property’s opening, they have worked on catering to locals’ feedback and tweaking the resort’s menu in order to make it more appealing to customers from the Greater Boston region.

Mr. Maddox told investors that the “have been open for 136 days in Boston, and we’re learning each and every day how to become more local.”

The Wynn Resorts executive also welcomed Encore’s new President – Brian Gullbrants, who succeeded Bob DeSalvio last month. Mr. Maddox said praised Mr. Gullbrants, saying that he has been with the company for over a decade and that he is “the exact right person to lead” the Encore Boston Harbor project.

Wynn Resorts announced Mr. DeSalvio’s departure in mid-October. The former Encore Boston Harbor President was with the property for five years and overseeing the construction process and assembling the team that launched the luxury resort were a few of his responsibilities as its boss.