The expansion will include the addition of a high-rise luxury hotel tower, an event center with views of the existing track, and 28,000 square feet of additional gaming space. The project was announced last November after Arkansas residents passed the so-called Amendment 100 that authorized the conversion of Oaklawn and Southland Park Gaming and Racing in West Memphis into full-scale casinos.

The constitutional amendment also allowed the development of new casinos in Pope and Jefferson Counties, provided residents and officials from the two regions approve any such gambling expansion. While the idea of a casino has gained some momentum in Jefferson County, it has faced staunch opposition in Pope County.

As part of the ongoing gambling expansion in Arkansas, Oaklawn debuted early in April blackjack and craps tables, in addition to its existing gambling offering. Prior to the passage of Amendment 100, the property had only been allowed to offer skill-based electronic games.

The constitutional amendment also authorizes the provision of sports betting, but it is yet to be seen when Oaklawn will go live with wagering on sporting events. 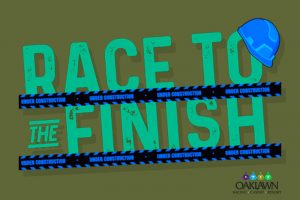 Commenting on Oaklawn’s now ongoing expansion, property Media Relations Manager Jennifer Hoyt told local media this past Friday that significant progress had been made and that they would provide updates as the project moves forward.

Ms. Hoyt further explained that some of the old barns had already been razed and that six new ones are planned to be built by the end of the year. Equipment had been brought and work on the property’s new entrance began last week, it also became known.

The new and expanded facilities will be gradually launched and the expansion project is expected to be finalized before the start of the 2020 racing season.

Southland has, too, recently broke ground on a $250-million expansion that will see the addition of a 20-story, 300-room hotel, among other amenities. The project is expected to generate 1,500 construction jobs and 400 permanent ones and to boost tourism in the region by drawing casino patrons and luring them into staying overnight.

Southland, just like Oaklawn, went live with table games early last month to become a full-blown casino and racing complex. Both properties were given the nod to convert into Las Vegas-style casinos by the Arkansas Racing Commission in March. Southland, too, has revealed plans to add sports betting, but has not provided additional details on when this might happen.