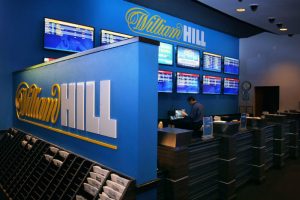 British bookmaker William Hill is close to finalizing a deal with US media giant CBS Sports as it looks to get bigger market presence amid the massive rush toward sports betting currently witnessed in the US.

According to the Sunday Times, William Hill and CBS Sports are in the final stage of negotiations and an announcement about their partnership is believed to be imminent.

Reports that the gambling operator and the media group have engaged in talks about a potential sports betting-focused partnership first surfaced in January. However, it was also reported last month that negotiations eventually fell apart.

A deal between William Hill and CBS Sports will provide the gambling operator with the opportunity to advertise its brand to an estimated 42 million people who visit the CBS Sports website on a monthly basis.

William Hill is the latest overseas company to have secured a media partnership in the US to spearhead its sports betting expansion. Last year, GVC Holdings and its US partner, casino operator MGM Resorts International, signed a deal with Yahoo Sports that made the sports media platform the official Digital Media Sports Partner of the two gambling companies and their BetMGM betting app.

In addition, Flutter Entertainment, the owner of the Paddy Power and Betfair brands, will soon have an established partnership with FOX Sports through its merger with The Stars Group.

William Hill, just like many other British bookmakers, is desperate to tap in the lucrative US sports betting market and thus offset the losses it has been suffering in its domestic market. A crackdown on the controversial fixed-odds betting terminals hit the company’s profitability seriously.

William Hill has long been heavily reliant on its retail betting chain across the UK. The reduction of the maximum stake on FOBTs from £100 to £2 forced the bookmaker to close 700 high street betting shops over the past couple of years.

The upcoming ban on gambling with credit cards in April is expected to further eat into the profits of UK-facing gambling operators.

Strengthening its foothold in the US through a media partnership could be exactly what William Hill needs to improve its financial and overall performance.

The company already dominates the Nevada betting market with a number of sportsbooks in key locations, but its partnership with casino operator Eldorado Resorts enabled it to expand its presence in other states where sports betting has become legal since the May 2018 SCOTUS ruling that struck down a long standing federal ban on the practice.

Eldorado’s merger with rival Caesars Entertainment Corp. could give William Hill access to even more properties across additional states.

Along with the reported partnership with CBS Sports, William Hill could truly become a force to reckon with across the US.

Source: William Hill closes in on US sports betting deal