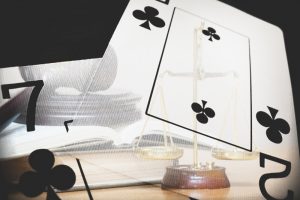 Gambling is a topic that has always caused turmoil in California, and this is the reason why the state has for many years tried, and failed, to legalize online poker.

Two Northern California lawmakers are now looking to bring legal sports betting to the state, but pleasing all parties that such a move concerns will be a difficult task.

Sen. Bill Dodd and Assemblyman Adam Gray on Thursday released a revised proposal seeking to legalize retail and digital sports betting in the state. The two lawmakers said that the legalization of the practice would help California’s economy recover from the recent shutdown caused by the coronavirus.

This is the second time Sen. Dodd and Assemblyman Gray will try to move a sports gambling bill through the Legislature.

The two lawmakers introduced an athletic gambling-focused measure last June. However, that original proposal did not include details on which of California’s gambling businesses would be allowed to conduct sports betting activities and how they would be able to do that.

Under the measure introduced on Thursday, the state’s tribal casinos and horse race tracks would be allowed to take bets on sports. In addition, the legislation also calls for casinos to be permitted to offer roulette and craps, something they are now prohibited to do.

As for California’s card rooms, they will be able to continue to offer some card games that tribal casinos claim are violating their exclusive rights to casino gaming in the state, under the two lawmakers’ new gambling proposal.

According to early estimates, legal sports betting could generate at least $200 million in tax revenue for the state in the first year after its legalization. The practice could eventually raise between $500 million and $700 million every year as wagering grows in popularity among state sports fans.

Sen. Dodd said Thursday that revenue from sports betting “will help us avoid teacher layoffs and painful cuts” and at the same time their effort allows the state to “regulate a practice that happens anyway.”

According to the Northern California lawmaker, sports betting is not new to state residents as people are already betting billions of dollars with illegal offshore operators. Sen. Dodd noted that with the Covid-19 crisis and the deficits the state has, legalizing and taxing sports betting is really important.

Previous efforts for the legalization of sports betting were mostly taking place behind the scenes and have crashed because lawmakers have failed to get tribal casinos, the horse racing industry, and card rooms all on board.

Late last year, a coalition of several California tribes operating casinos in the state proposed the exclusion of card rooms from Sen. Dodd and Assemblyman Gray’s original proposal and called for banning online and mobile betting.

The revised measure now needs to gain support from two-thirds of the lawmakers in both the Senate and the Assembly. If it survives the state Legislature, the proposal will then be put on the November ballot for state residents to decide whether they want legal sports betting.

The sports betting proposal is now set to be reviewed by the Senate Governmental Organization Committee this coming Tuesday.