Vigo County Casino Could Get Go-Ahead in Early 2020 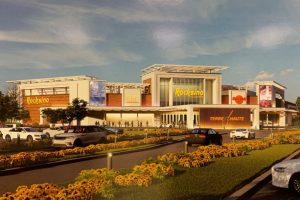 Indiana casino regulators could approve the development of a new casino in Terre Haute, Vigo County in the first quarter of 2020, news emerged this week.

Interested casino developers had until December 2 to submit their license applications for the Terre Haute gambling venue. Spectacle Jack, LLC, a company affiliated with Indianapolis-based gaming operator Spectacle Entertainment, was the sole interested party to apply for the license.

Spectacle wants to build a $125 million casino that will potentially create 600 new jobs. The gambling venue will be operated by Florida gaming and hospitality company Hard Rock International. Spectacle and Hard Rock agreed this summer to develop and operate a casino complex in the City of Gary and then extended their partnership for the Terre Haute casino.

Indiana Gaming Commission director Sara Gonso Tait said this week that the regulator’s staff expects to complete a review of Spectacle’s application and announce its decision whether the company will be given the go ahead in the first quarter of 2020.

More than 60% of Vigo County voters supported allowing a casino on the territory of the county in a referendum that took place this past November.

Casino operator Full House Resorts had previously expressed interest in developing a casino in Terre Haute, but did not submit a license application with Indiana regulators. An official for the company said that they concluded their bid could not prevail in the competitive process.

Spectacle Vice President John Keeler has said that the Terre Haute casino would be called the Rocksino by Hard Rock. It would spread over 100,000 square feet and would employ about 600 people.

Aside from Las Vegas-style casino gaming options, the Rocksino would also feature sports betting, a 300-seat entertainment theater called The Velvet Lounge, a steak house, a buffet, a cafe, a bar, and other amenities.

Earlier this week, the Vigo County Board of Commissioners unanimously approved a local development agreement, under which Spectacle would pay 3% of its casino’s gross receipts to the host county and another 3% of the net commission it would receive from any sports betting vendor. Payments would be made monthly.

Spectacle, which owns two Majestic Star casino boats in Gary, was allowed this summer to move its riverboat operations onto dry land. Spectacle was thus able to use one of the Majestic Star licenses for a land-based casino complex in Gary. The company returned the other license to the Gaming Commission.

A massive overhaul of the state’s gambling industry approved by lawmakers over the summer earmarked that vacant license for Vigo County. After November’s approval by county residents, the Indiana Gaming Commission launched a license application process.