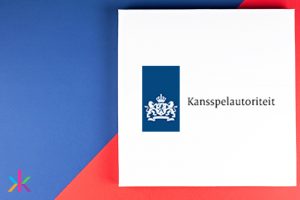 The gambling regulator announced today that it has fined €470,000 a subsidiary of the company for servicing local customers for a certain period during the second half of 2018 via the Unibet.eu website.

Unibet is the flagship online gaming and betting brand of the Malta-headquartered gambling operator. The brand is present in multiple markets, including New Jersey where it went live this past June.

Kansspelautoriteit said today that it has discovered during a probe into Unibet’s activities that the operation serviced Dutch gambling customers between August and December 2018. Over that period, gamblers were able to use Dutch payment method iDEAL to process their gambling proceeds.

In addition, the Unibet.eu website offered customer support in Dutch language. The gambling regulator also discovered a list of restricted territories on the website, but that list did not include the Netherlands, meaning that Unibet accepted players from the country. Dutch customers were able to play popular casino games such as blackjack, roulette, and poker on the website and to bet on sports.

Dutch law prohibits the provision of online gambling services without a license by Kansspelautoriteit. However, that same law does not contain provisions relating to the issuance of licenses to interested international companies.

The Dutch Gambling Authority said today that it has decided to slap a €470,000 fine on Trannel International Limited, the Kindred subsidiary that operates the Unibet.eu website, to punish it for its violations.

This is the latest of a series of six-figure fines imposed by Kansspelautoriteit on erring operators. Earlier this month, the regulator fined ElectraWorks Limited, the GVC Holdings subsidiary that runs the Bwin online gambling brand for targeting Dutch customers.

After years of delays, the Dutch Senate finally passed the Remote Gambling Act this past February to pave the way for the reorganization of the local gambling market and to create a license-based system that would enable international companies to operate in a regulated environment with licenses by Kansspelautoriteit.

The Dutch market is expected to open to international operators on January 1, 2021, if lawmakers and regulators do not stumble upon other setbacks that would further delay the reorganization process.

As for Kindred, the company recently debuted a new logo for its flagship Unibet brand and officially entered the US iGaming market. Unibet went live in New Jersey in June through a partnership of its parent company with Atlantic City’s Hard Rock Hotel & Casino. The brand currently offers online gaming services to New Jersey-based players, but also plans to tap into the state’s regulated sports betting market in the near future.

Last month, Kindred withdrew its Spanish gambling license application, saying that it wanted to focus its attention on expanding into the US gaming and betting market and cement itself in the recently reorganized Swedish online gambling space.