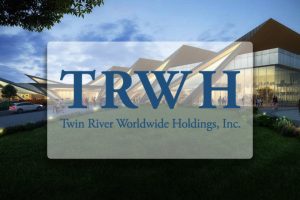 Casino operator Twin River Worldwide Holdings today announced that it has entered into an agreement to purchase the operations and the real estate assets of two casinos from Eldorado Resorts in a $230 million deal.

The transaction is subject to regulatory approval and customary closing conditions, and is expected to be finalized in early 2020. Under the terms of the deal, Twin River will acquire Isle of Capri Casino Kansas City in Kansas City, Missouri and Lady Luck Casino Vicksburg in Vicksburg, Mississippi.

Twin River said that it will finance the purchase with available cash. The acquisition of the two properties is expected to be immediately accretive to earnings, the operator said in a statement from earlier today.

Eldorado is selling Isle Kansas City and Lady Luck Vicksburg less than a month after the Reno, Nevada-based operator announced the sale of Isle Casino Cape Girardeau and Lady Luck Casino Caruthersville in Missouri and of Mountaineer Casino Racetrack and Resort in West Virginia to rival Century Casinos in a $385 million deal.

News of the sale of Isle Kansas City and Lady Luck Vicksburg also arrived just shortly after Eldorado confirmed that it would acquire all outstanding shares of Las Vegas casino and hotel giant Caesars Entertainment Corp. in a deal valued to more than $17 billion, including Caesars debt. It could be said that Eldorado has moved to offload some of its properties in a bid to secure regulatory clearance for its Caesars takeover.

The combined group will be the largest US casino operator by number of assets with around 60 properties in 16 states. 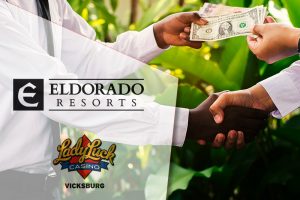 Commenting on the acquisition of the two Eldorado properties, Twin River President and CEO George Papanier said today that the deal continues his company’s focus on creating long-term shareholder value by developing and purchasing properties that they believe will prove accretive to earnings.

Eldorado added the two properties to its portfolio back in 2017 when it purchased their owner, Isle of Capri Casinos, for $1.7 billion, including debt.

The purchase of Isle Kansas City and Lady Luck Vicksburg is the second major M&A deal Twin River has been involved in in recent months. Earlier this year, the operator, which owns the Twin River Tiverton and Twin River Lincoln casinos in Rhode Island, among other properties, closed the acquisition of rival Dover Downs Gaming & Entertainment. The deal expanded Twin River’s presence into the Mid-Atlantic region.