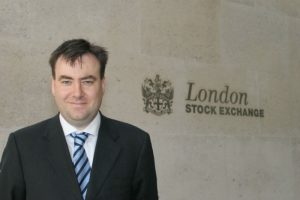 GVC Holdings’ Turkish operations could have hampered the company’s takeover of UK bookmaker Ladbrokes Coral in 2017, and could now prove to be a major obstacle for its big American hopes. In fact, the operator being present in a country where gambling is banned could have cost it its recently secured entry into the Nevada sports betting market.

GVC, which started as a seven-person Isle of Man-based business to become one of the world’s gambling powerhouses, disposed of its Turkish operation to complete the Ladbrokes Coral purchase, but the Sunday Times says in a recent report that its boss, Kenny Alexander, might have not entirely cut ties with his company’s Turkish past.

The Sunday Times’ article is based on the fact that Mr. Alexander co-owns with his friend, Ron Watts, a stud farm in Ayrshire in rural Scotland. The news outlet has established that Mr. Watts is one of the three people whom GVC offloaded its Turkish operation to a few years ago, the other two being Soeren Christensen and Predrag Popovic.

Mr. Alexander and Mr. Watts’ relationship appears to be dating back two decades ago when the two joined online gambling company Sportingbet. According to his LinkedIn profile, Mr. Watts is an IT consultant and one of the three owners of Dochanoris Limited, the company which bought GVC’s Turkish business.

Mr. Watts is also listed as a consultant in an IT company controlled by Mr. Christensen and Mr. Popovic. He is said to be managing key customer accounts, including GVC’s.

Mr. Alexander left Sportingbet to join GVC in 2007. Back then, the Isle of Man-based company employed seven people and had a single operation – an online casino that targeted German-speaking customers.

Under Mr. Alexander’s stewardship, GVC grew to become one of the world’s digital gambling powerhouses. The operator moved to buy the Turkish operation of Sportingbet in 2011. The move quickly proved successful as it took a really short time before Turkey accounted for a third of the company’s total revenue. 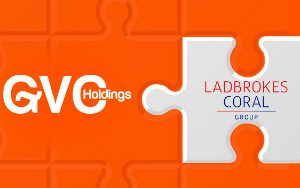 Mr. Alexander navigated GVC through two major acquisitions in recent years. In 2016, the company bought bwin.party Digital Entertainment in a £1 billion deal. Last year, GVC finalized the takeover of major British bookmaker Ladbrokes Coral. However, to make sure that the deal would close with no regulatory trouble, the Isle of Man operator had moved to dispose of its Turkish division.

According to a statement from December 2017, GVC said that it would sell its Turkish business to Rospo Malta, now Dochandoris Limited, the company owned by Watts, Christensen, and Popovic for €150 million, which Rospo was to pay over five years.

It later on became known that GVC was giving its Turkish operation away. A lawyer for the company confirmed in May that it had given away the Turkish division to clean up its business and complete its Ladbrokes Coral merger on schedule. The lawyer spoke before Nevada casino regulators who were assessing GVC’s application for a sports betting license.

A Threat to GVC’s US Hopes

Similarly to other European gambling operators, GVC has been looking to tap into the lucrative US sports betting market. Last year, the company formed a joint venture with Las Vegas casino and hospitality giant MGM Resorts International for the operation of a sports betting business that would be penetrating the local market as more and more states open to legal sports gambling.

British operators are setting their sights on the US market as the recent crackdown on the highly controversial, yet extremely profitable fixed-odds betting terminals is forcing companies to close betting shops around the UK. William Hill announced last week that it would close 700 shops around the country, putting more than 4,500 jobs at risk, while GVC said shortly after that it would shutter 900 facilities. The two companies operate UK’s largest retail betting chains.

GVC’s previous Turkish dealings could have cost it its entry into the Nevada market. During the hearing before regulators, Mr. Alexander said that he was “ultimately responsible” for their targeting customers from a black market. GVC was given the green light to operate in Nevada. However, state regulators put the company on two-years’ probation.

It is understood that the operator’s boss will now have to answer before US gambling regulators for his link to the current owners of GVC’s Turkish business. And this could seriously threaten the company’s bid to enter a betting space with huge growth potential.

The Sunday Times’ revealing could not have come at a worse time for Mr. Alexander and GVC. Last month, the company faced a shareholders’ revolt over its latest pay report. Earlier this year, its shares plummeted after Mr. Alexander and GVC’s outgoing Chairman Lee Feldman sold a combined £20 million of GVC stock in a single day.