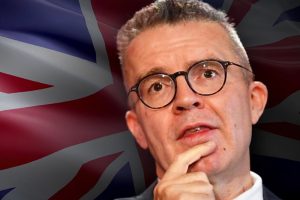 Mr. Watson will advice the operator, whose brand portfolio includes Paddy Power, PokerStars, and Sky Betting & Gaming, on the best practices to deploy at its betting shops as well as in its marketing, customer service, and anti-money laundering procedures.

Flutter said that it has been in talks with Mr. Watson about his involvement since this past spring and that final details are still to be agreed on and confirmed. The former Labour party member will receive a retainer for his work of “no more than six figures,” the company also said.

Mr. Watson has long been one of UK’s most vocal anti-gambling campaigners. For years, he lobbied the Government for reforms in the nation’s gambling law, prompting the Conservative Party to promise to review UK’s Gambling Act 2005 in its December election manifesto.

The review of the nation’s gambling law is expected to take place this coming fall.

It should be noted that Mr. Watson was one of the heaviest campaigners for the implementation of a ban on credit card gambling, which took effect in April.

News about Mr. Watson’s appointment emerge as the gambling industry has been hit with waves of criticism that operators are not doing enough to protect vulnerable customers. A slew of media reports has exposed companies deploying questionable marketing practices to entice gamblers, sometimes dismissing clear gambling addiction symptoms shown by customers.

Following these reports and after the UK Gambling Commission slapped several massive fines on betting and gaming companies, some of the industry’s biggest players committed to introducing improvements in their anti-money laundering and responsible gambling practices.

Of joining Flutter, Mr. Watson said that the operator convinced him “that they were serious about letting me […]

jump in at the deep end of the company, learn how they operate and let me share my unvarnished thoughts about what they do.”

Flutter CEO Peter Jackson added that by bringing the former Labour party member on board, he wanted “to lead the industry’s race to the top” and that Flutter has to work harder than ever before “to find a way to continue to bring great products and brands to our customers while always having the need to protect the vulnerable clearly in mind.”

Mr. Jackson went on to say that “Tom will hold a mirror up to help us make sure we are getting this balance right.”

Flutter recently expanded its business by closing a multi-billion merger with fellow multi-brand gambling operator The Stars Group. The tie-up created one of the largest gambling companies in the world with presence in all key regulated jurisdictions and ambitious plans for further expansion.