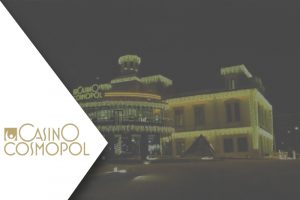 A Swedish court has lowered Casino Cosmopol’s money laundering fine from last year, but ruled that Spelinspektionen (formerly Lotteriinspektionen) was correct to punish the casino operator after discovering “serious flaws” in its anti-money laundering and terrorist financing practices.

In a statement on its official website, the Swedish gambling regulator announced that the Administrative Court in Linköping has too found that Casino Cosmopol has “committed serious and systematic violations” of Sweden’s money laundering regulations and that the company should pay a penalty fee for those violations.

The matter reached court after Spelinspektionen, which was rebranded from Lotteriinspektionen at the turn of the year when Sweden’s new gambling law took effect, issued last December an SEK8 million (approx. $814,000) fine on Casino Cosmopol, the brick-and-mortar business of Swedish state-run gambling operator Svenska Spel.

The gambling regulator said back in December 2018 that during a review of Casino Cosmopol activities, it had discovered multiple shortcomings in the casino operator’s efforts to prevent its business to be used by criminals to launder the proceeds of their illicit acts.

Casino Cosmopol operates brick-and-mortar gambling facilities in some of Sweden’s largest cities, with those being Stockholm, Gothenburg, Malmö, and Sundsvall. Svenska Spel’s casino business was established in 1999 when the Swedish government ordered the state-run operator to create four casinos in four key locations.

While the Administrative Court ruled that Casino Cosmopol indeed demonstrated shortcomings in its anti-money laundering practices, it lowered the casino operator’s fine from SEK8 million to SEK3 million (approx. $305,000).

The court’s ruling was prompted by Casino Cosmopol’s decision to appeal Spelinspektionen’s fine. The casino operator said last year that it decided to appeal the regulator’s decision “mainly because we consider that in this situation it is not proportional to decide on a penalty” as the regulator had not issued clear anti-money laundering regulations and had not provided guidance on how money laundering issues should be handled by licensed operators.

Casino Cosmopol went on that in all the years it operated its casinos it had the belief that it followed strictly Sweden’s anti-money laundering legislation by monitoring, reviewing, and reporting suspicious transactions to the competent government bodies and by training it staff on how to act in instances of attempted money laundering at any of the company’s four casinos.

Spelinspektionen said Monday that it was reviewing the Administrative Court’s ruling and was considering the possibility to appeal it.

Since the beginning of the year, the gambling regulator has been busy following the reorganization of Sweden’s online gambling market. As mentioned earlier, the nation’s new gambling law took effect on January 1 to open the local market to international operators interested to provide their services in a regulated environment with licenses from Spelinspektionen.

The regulatory body has issued multiple fines in the first months of regulated gambling in the country, penalizing operators over a number of violations including ones related to Sweden’s bonus offer rules, self-exclusion practices, and prohibitions on gambling on youth sports.