The operator said Friday that it has deployed “a simple and clean solution” that allows its patrons to wager money using iOS devices on the territory of Pennsylvania.

However, up until recently, patrons were unable to wager money using their iPhones and other iOS-powered devices, due to recent changes implemented by App Store. Under these changes, HTML5 games “distributed in apps may not provide access to real money gaming, lotteries, or charitable donations.” The App Store’s revised guidelines for app publishers went on that “this functionality is only appropriate for code that’s embedded in the binary and can be reviewed by Apple.”

The changes practically put an end to a widespread practice of app developers simply repackaging gambling websites as apps via HTML5 technology, instead of developing iOS native gambling apps. 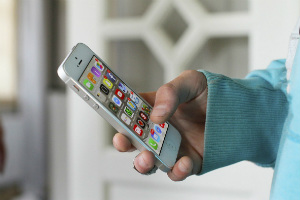 In a Friday statement, Rush Street Interactive provided more details about its solution to the App Store issue. The operator said that players need to register on their mobile devices at the PlaySugarHouse website. They will then be directed to download the GeoGuard Location Validator from the App Store.

The app will enable Rush Street Interactive to confirm that players are located on the territory of Pennsylvania when they access its gambling website using their mobile browsers, such as Safari and Google Chrome. Once they download the GeoGuard app and complete the simple set up process, gamblers will be able to immediately place mobile bets at PlaySugarHouse’s website.

Rush Street Interactive’s operation has become the first one in the state to enable iOS users to gamble using their mobile devices.

Of their latest milestone, the online gambling operator said that they are “thrilled to be able to offer loyal users with Apple devices […] a way to get online and begin playing on our award-winning platform.”

Rush Street Interactive’s way around could have provided the company with an important competitive edge over the other providers of online and mobile gambling services in the state. Parx Casino and Hollywood Casino, too, launched their online casinos earlier this week to mark the start of regulated iGaming in the state. However, the too properties are not part of the GeoComply solution at the moment. Parx Casino also launched digital sports betting last month.

It should be noted that the GeoComply app is a clever and smart solution to the inconvenience that the App Store’s revised guidelines caused to gambling operators. Developing an iOS native gambling app would have taken much longer, which would have meant that iOS users would have remained excluded from Pennsylvania’s mobile gaming and betting market for a while.