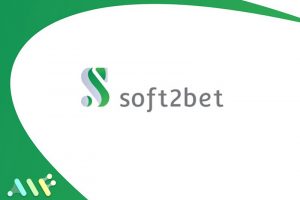 The space-themed online casino will go live in Japan with a suite of slot and table games as well as Live Casino titles by major Swedish industry supplier Evolution Gaming.

AlfCasino is part of Soft2Bet’s rapidly growing portfolio of online gaming and wagering brands. The company currently manages more than 15 casino and betting websites that operate in a number of markets.

Soft2Bet was founded in 2012 and has established itself as a rapidly growing and dynamic operator of digital casinos and sportsbooks. Its brand feature in-house content as well as popular titles from major industry suppliers. The company has more than 100,000 active players and its operations are promoted by more than 3,000 affiliates through its 7StarsPartners affiliate program.

Soft2Bet’s Japanese expansion campaign includes the launch of AlfCasino in that market with a selection of games by top providers and locally popular payment options such as StickPay, Venus Point, and ecoPayz.

Commenting on their launch in Japan, Teodora Breskovska, Head of Casino at Soft2Bet, said that they are thrilled to venture into that market with AlfCasino. Her statement also suggested that the company could go live in Japan with other brands in its extensive portfolio.

Ms. Breskovska also noted that they are planning to enhance their offering and experience they provide to their customers with the addition of content by more software suppliers and by diversifying their promotions to reward their loyal players.

Soft2Bet is focused on expanding to new markets across Europe and globally. The company currently operates with licenses from the Malta Gaming Authority, the Swedish Gambling Authority (Spelinspektionen), and the Government of Curacao.

Earlier this month, the gambling operator revealed that two of its brands – YoYo casino and CampoBet – were authorized to operate in the newly reorganized and liberalized Swedish gambling market. Both websites have additionally been certified by gaming test laboratory BMM Testlabs to ensure that they are fully compliant with Sweden’s gambling regulations.

To boost its Swedish expansion, Soft2Bet partnered last month with local online payment processor Bambora to gain access to its PaymentIQ platform. The gambling operator said that its decision to integrate the PaymentIQ solution was part of its strategy to “proactively increase acceptance rates, efficiently detect fraud, provide more payment options, and speed up its business growth.”

After Sweden, Soft2Bet has now set its sights on other European markets, so it probably will not be too long before the company makes another expansion-related announcement.