Singaporean Gambler Pleads Guilty to Scamming Victims of S$500,000 to Fuel His Habit 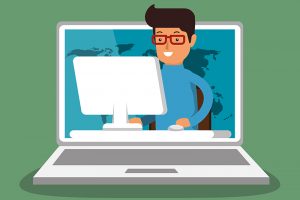 A Singaporean freelance IT consultant pleaded guilty to defrauding 62 individuals of more than S$500,000 (approx. $361,600) through a series of investment scams. He told court this week that he used the money to fuel his gambling habit.

Another 94 charges related to the remaining amount of around S$200,000 (approx. $144,640) as well as one count of dealing with proceeds of criminal activities will be taken into consideration in court during his sentencing, it became known.

Ker committed his offenses between 2017 and 2018 through a series of elaborate Facebook scams. Each cheating charge leveled against the IT specialist involved him defrauding victims of between S$200 (approx. $144.54) and S$40,000 (approx. $28,928). Some of the affected individuals were friends of his, and many of them were scammed multiple times.

Deputy Public Prosecutor Kelvin Chong told Judge Edgar Foo on Monday that Ker developed a gambling habit in 2017, which he needed cash to fund. Ker thus devised a scheme to deceive others into giving him money, which he would spend at both Singapore’s two casinos as well as overseas gambling facilities.

Ker used his personal Facebook account to create posts for non-existent investment schemes that promised attractive return rates. The Deputy Public Prosecutor said in court that one such scheme promised investors that within a year they would get double their investment plus the capital invested.

Ker asked friends to share his posts so they could gain more publicity and reach a greater number of potential victims to the scams.

How Did Ker Get Caught?

Ker’s scheme proved to be quite successful at first. He used the proceeds to gamble and even transferred a small portion of his winnings to some of his victims’ bank accounts to prevent his actions from raising suspicions.

After transferring a given amount of money, he would take a screenshot of the transfer screen in his mobile banking app and would post it on his Facebook page to show other victims that they would too get returns for their initial investment and to motivate other people to join.

However, Ker went on a losing streak at casinos and spent all the money he had obtained illegally. He would come up with different excuses to placate his victims who were asking to have their money back. Some of the defrauded individuals alerted the police and Ker was arrested on March 5, 2018 when he returned to Singapore from a gambling spree in Vietnam.

Ker is set to be sentenced in mid-October. He is facing jail time and hefty fines for scamming multiple individuals. The cheating IT consultant has paid more than S$100,000 in restitution since his arrest.