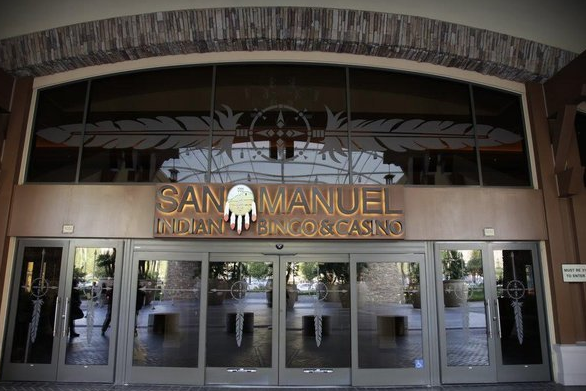 San Manuel Casino broke ground Wednesday on a $550-million expansion that will see the addition of a hotel and an event center, among other facilities, to the property’s existing operations. The expansion project will be carried out in several phases and a date for its finalization is yet to be confirmed by casino officials.

Located in Highland, Southern California, just an hour from Los Angeles, San Manuel Casino was originally launched in 1986 as a bingo hall. The property was gradually expanded into a full-scale casino with Las Vegas-style gaming options, including slot machines and table games. The gaming venue saw its latest expansion completed late last year.

The newly launched expansion project will be carried out in several phases. Phase one will include the construction of a 6-story parking garage with room for 2,400 vehicles. Construction work on the parking facility has actually already begun. It is expected to be completed late next year.

The next phase will include the addition of a 3,000-seat indoor entertainment center. Officials for the San Manuel Band of Mission Indians, the California-based federally recognized tribe that owns San Manuel Casino, said yesterday that the existing venue did not have enough entertainment space, particularly after the closure of the bingo hall and its transformation into the Rockin’ Casino. The entertainment facility is expected to be completed in 2021.

The last phase of the $550-million project will involve the construction of a 450-room hotel. Tribal officials said yesterday that that particular part of their plan has long been under consideration and that they will finally be able to meet their customers’ requests for at-property accommodation. The hotel building will feature between 14 and 17 stories. Aside from luxury accommodation, it will also offer customers a pool complex, a fitness center, and a spa. A date for completion of that part of the expansion plan is yet to be announced by tribal officials.

Additional restaurants and retail space will also be added to the growing hotel and casino gaming complex. Tribal officials said yesterday that they are not planning to expand the property’s existing gaming space for now. As mentioned above, an expansion at the gambling venue was recently completed and more gaming options were added.

San Manuel Band of Mission Indians is believed to be among the top private employers in its host San Bernardino County. The tribe currently supports over 4,900 jobs and annually generates over $1 billion in economic activity.

Expansion at San Manuel Casino is expected to create 1,400 temporary construction jobs and over 1,200 permanent jobs ones the new facilities are fully operational, San Manuel Band of Mission Indians CEO Jerry Paresa told local media during yesterday’s ground-breaking ceremony. The official further pointed out that they hope the ambitious project would attract more investors who will “take a look at [their] community.”