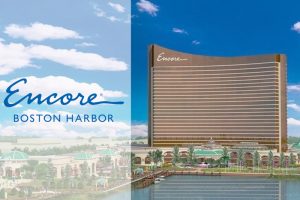 However, the newest property in the portfolio of Las Vegas gaming and hospitality giant Wynn Resorts kept struggling to drive revenue from its slot machines.

Encore Boston Harbor raked in a total of $52.4 million in gaming revenue in August, up from $48.6 million in July. The $2.6 billion luxury hotel and casino resort opened doors at the end of June this year along the Everett waterfront near Boston. It features 3,158 slot machines and 143 table games.

Most of the property’s August gaming revenue – about $32.2 million came from table games, while slot machines generated around $20 million last month.

While overall gaming revenue was nearly $4 million higher at Encore Boston Harbor, revenue from slots dropped by almost a million this past August.

Wynn’s Boston-area resort was the second property of this kind to open doors in Massachusetts, with MGM Resorts International’s MGM Springfield being the first. MGM Springfield took in overall revenue of $20.9 million in August and slot machines on its casino floor accounted for the majority of that amount.

The gaming devices generated a total of $15.6 million last month, while table games contributed $5.3 million to the overall revenue figure.

Understanding the Highly Competitive Slot Market in the Northeast

Mr. DeSalvio revealed that they were “actually adding a few more tables on the casino floor as we speak, but I will tell you the slots business has been soft.”

Wynn Resorts cut the ribbon on its first Massachusetts property on June 23. The resort has enjoyed great interest since its first day of operation, but the competitive New England casino market has so far proved a hurdle for the major gambling and hospitality operator in its attempt to boost its slots business.

Wynn Resorts CEO Matt Maddox said in the company’s latest earnings call that while table games performed well at Encore, his company and its Massachusetts team, in particular, was “working on various offers and promotions to really understand the highly competitive slot market in the Northeast.”

Aside from the two luxury integrated resorts with dedicated casino floors, Massachusetts is also home to the Plainridge Park Casino slots-only parlor in Plainville. The facility was Massachusetts’ first commercial gambling venue to open doors under the state’s new gambling law that took effect in the early 2010s. Plainridge reported $12.1 million in slot machine revenue in August, down about half a million dollars from July.

The slots-only facility is located an hour’s drive from Boston and some analysts believe that the new Greater Boston casino might be stealing some of Plainridge’s business.