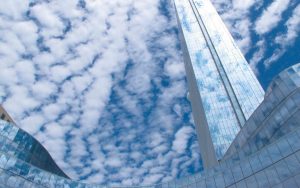 After a rather long public hearing, the state Casino Control Commission backed Luxor’s bid to obtain a controlling interest in the Boardwalk resort and gave the green light to a casino industry veteran to step in as a trustee.

Ocean Casino Resort (formerly Ocean Resort Casino) opened doors in June 2018 at the site of the former Revel, a $2.4 billion luxury complex that was launched with much fanfare in 2012 only to experience one of the worst casino resort crash and burns in Atlantic City’s history and close doors two years later.

Ocean was spiraling down toward the fate of its predecessor until Luxor stepped forward with a plan to buy the property from its previous owner, the late businessman Bruce Deifik, and transform it into a profitable operation

Mr. Deifik purchased the resort in early 2018 and Luxor was one of his primary financiers, the other being J.P. Morgan. As mentioned above, Ocean opened doors six months after the businessman took over. However, the property started bleeding money shortly after its launch, despite Mr. Deifik’s $200 million investment and big plans.

The businessman agreed to sell Ocean to Luxor early this year, and the hedge fund took over the property in February through a trust agreement.

After a lengthy public hearing held this past Wednesday, New Jersey casino regulators granted interim authorization to Luxor to run the casino resort. Wednesday’s decision came after an initial investigation conducted by the New Jersey Division of Gaming Enforcement.

The interim authorization means that Luxor is deemed eligible to operate the property while state regulators determine whether the hedge fund should be granted a permanent gaming license. Wednesday’s ruling of the commission thus paved the way for a more comprehensive and lengthier review that would determine whether Luxor is qualified to get the necessary permanent authorization.

Despite the interim authorization, the Casino Control Commission said that Ocean’s financial stability would remain a primary concern and that authorities would continue to monitor the property’s finances to make sure that Luxor is capable of protecting the resort from facing again its “past struggles.”

According to information from state regulators, Ocean lost around $23 million in the seven months prior to the change of ownership and was “not in compliance” with state regulations and financial conditions imposed by regulators since at least November 2018.

Since taking over, Luxor has invested more than $70 million in the property, including a $50 million debt it paid down to J.P. Morgan. Ocean’s revenue has started to grow since then. June was the property’s best month since its opening. It recorded nearly $21.5 million in gaming revenue. The property also saw its best hotel occupancy figures.