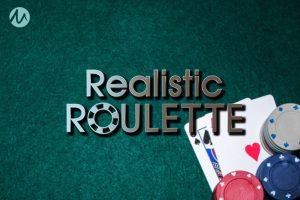 Realistic Games today announced that its Blackjack and Realistic Roulette titles can now be accessed by Microgaming’s network of operator partners and their players for the very first time.

Founded in 2002 and based in Reading, Realistic Games develops diverse content for the online gaming industry. Its suite of gaming titles includes popular casino games such as roulette, baccarat, and blackjack as well as three- and five-reel slots games.

Realistic Games’ content was originally intended to be distributed across the regulated UK gambling market, but has later on become available in a number of other territories.

Operators that have added Realistic Games titles to their other content include bet365, 888, LeoVegas, Betfred, and brands owned by GVC. Aggregator partners of the game development studio include Microgaming, SG Digital, Playtech, Iforium, ORYX Gaming, and iSoftBet among others.

Of the launch of their two table games with Microgaming, Realistic Games Commercial Director Robert Lee said that their continued partnership with Microgaming has already enabled them to “raise brand visibility with leading operators” and that it is fantastic to be able to see even more titles from their portfolio go live on their partner’s platform.

Mr. Lee also pointed out that their gaming content has performed extremely well with Microgaming so far and that they are looking forward to providing more exclusive gaming titles to Microgaming as their partnership develops.

The addition of Realistic Games’ latest table game releases to Microgaming’s platform further strengthened the partnership between the two companies.

Under the original deal signed between the two content suppliers, Realistic Games has agreed to provide one game every quarter to Microgaming that is available exclusively for a three-month period to the latter company before Realistic Games widens its distribution across its network of partners.

Microgaming Director of Global Operations James Buchanan said that Realistic Games’ Blackjack and Realistic Roulette are two classic titles that will make a great addition to the ever-growing portfolio of content available on their platform.

Mr. Buchanan went on to say that Realistic Games’ slots have achieved strong results since they launched with Microgaming this past October and that they expect the developer’s high-end table games to be no exception.