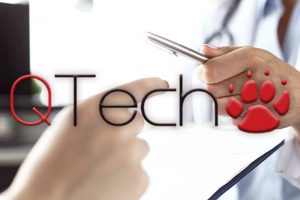 QTech said the deal will bolster its platform’s position at the forefront of delivering the best online casino games across emerging markets.

Under the terms of the recently agreed merger, QTech will provide Epic Media with access to every single component in its digital one-stop shop platform, including its slots and table games as well as live casino titles, instant win products, and virtual sports.

QTech Games specializes in the distribution of casino-style content across Asian markets where online gambling has been making waves over the past several years. The company says its mission is to find the best possible offering and deliver it to its operator partners servicing players in Asia and other territories with great growth potential.

Through its in-house platform, QTech supplies its network of operators with content via quick integration.

Commenting on their Epic Media tie-up, QTech Chairman of Board Markus Nasholm said that the merger that brings the combined experience of Epic’s leaders “is a ringing endorsement of all our team’s hard work in recent years.”

Mr. Nasholm went on that the partnership is a real validation that they have harnessed the correct strategy, which is centered around high-quality content and its delivery via fully-owned technology as well as expanding presence across and beyond Asia and securing strongholds “in virtually all the margin markets” to demonstrate organic growth across channel and border.

Mr. Lindgren, now serving as Strategic Advisor to QTech’s Board, said that he has been active in Asia for a long time and that he believes now is the ideal time to consolidate his experience in this lucrative region in a “more structured way” with QTech Games.

Mr. Lindgren went on that QTech’s proprietary technology – which powers the delivery of great content and engaging features such as the company’s AI-driven recommendation engine as well as diverse Tournament and Jackpot elements – places the company in unique market position.

Mr. Norder said that he sees it as a perfect opportunity to join QTech, having previously been active in Europe’s “margin markets.” Mr. Norder went on that QTech is currently the only company active in all such markets, which makes it not just an Asian aggregator, but also a content supplier that is looking to attract clients from all over the world, including Latin America and Eastern Europe as well as the Indian market.

According to the former Yggdrasil and Evolution official, together, QTech and Epic Media, can be even more successful.