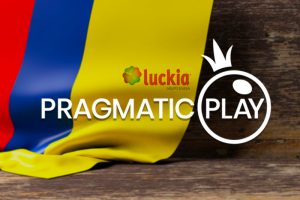 Under the terms of the deal, Pragmatic Play will supply its entire slots portfolio to the online gaming operator.

Luckia will thus gain access to hit titles by Pragmatic Play, including its award-winning slot Wolf Gold, as well as to its most recent release, Wild Walker, and future slots that will join the supplier’s library. Luckia players from Colombia will also be able to play the supplier’s John Hunter series.

Luckia is the latest Colombia-facing operator Pragmatic Play has teamed up over the past year in a bid to expand its presence in that market. The content maker and provider first ventured into the Colombian iGaming space in the summer of 2019 when it unveiled its alliance with Wplay.co, the first operator receive an online gaming license in 2017 under Colombia’s new gambling regulatory framework.

Pragmatic Play has signed several more partnerships covering that market since then. Most recently, it announced a supply deal with Colombian operator Zamba. Under the terms of that recent deal, Zamba players can now access the supplier’s entire slots library.

Commenting on their partnership with Luckia, Pragmatic Play CCO Melissa Summerfield said that their content has proved “incredibly popular” in the LatAm region and that signing this latest deal with Luckia, which is one of Colombia’s largest operators, the supplier will be able to showcase its “quality games” to an even wider audience.

Ms. Summerfield added that thanks to their recently established LatAm hub, they have been able to expand their footprint in the region very quickly and effectively and that their local presence and experience will help them continue building on their mutually beneficial relationship with Luckia.

Luckia Online Director Jaume Moragues said that Pragmatic Play’s games portfolio is packed with titles that are globally known for their “high quality and exciting gameplay” and that exciting their product offering is vital to the online gambling operator.

The Luckia official went on to say that their confident their partnership with Pragmatic Play will enable them to attract an even wider online casino audience in Colombia.

Pragmatic Play established its LatAm hub this past June in a bid to cement its presence in this lucrative region. The hub is based in Argentina and initially included three executives who were later joined by more industry experts.

Pragmatic Play last week announced that it is set to further grow the audience its products are available to through a distribution deal with Israel-based casino games aggregator GrooveGaming.