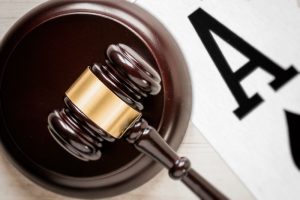 Casino operator Warner Gaming and the Choctaw Nation of Oklahoma told Arkansas media on Saturday that they were informed by a Pope County judge and the local Quorum Court that Cherokee Nation Businesses would get the required endorsement to build a casino resort in the county.

Cherokee Nation Businesses is managed by the Cherokee Nation of Oklahoma. The tribal company currently operates ten casinos. It has joined forces with hospitality company Legends to bid for the right to build a hotel and casino resort in Russellville, Pope County. Legends was established in 2008 by Arkansas native and Dallas Cowboys owner Jerry Jones and the late George Steinbrenner, who owned the New York Yankees.

Warner Gaming and Choctaw Nation are too among the Pope County casino license bidders. Warner announced earlier this year that it has partnered Florida gaming and hospitality giant Hard Rock International to jointly participate in the bidding process.

Cherokee Nation Businesses to Receive the Letter of Support

According to a letter dated Saturday to Pope County Judge Ben Cross, Warner Gaming’s CEO Bill Warner was told by Judge Cross that the Cherokee Nation would be granted a letter of support by the him and the county’s Quorum Court at a special meeting scheduled for this coming Tuesday. Mr. Warner’s letter was obtained by the Arkansas Democrat-Gazette.

John Burris, spokesperson for the Choctaw Division of Commerce, told the Democrat-Gazette that Judge Cross called on Friday to inform that the Cherokee Nation’s bid would be endorsed by him. The judge has not commented on that information yet.

Under the constitutional amendment, the new casinos in the two counties must be endorsed via letters of support by elected officials. Two Pope County officials issued letters of support for Gulfside Casino Partnership, another of the five bidders, late last year just days before leaving office.

However, the Arkansas Racing Commission ruled later that letters of support must only come from sitting officials at the time a casino license application is submitted. The Legislature approved an act this year under which only current officeholders can endorse one casino project or another.

No Letters of Support

Aside from the Cherokee Nation, the Choctaw Nation, Gulfside, and Warner Gaming + Hard Rock, the Robert and Ruth Kehl family of Iowa is also bidding for the Pope County casino license.

In June, the state Racing Commission rejected all five license applications, saying that none of them had letters of support. The regulator reopened the application process later that month in case any of the bidders came forward with endorsement letters.

According to Mr. Warner, the five contenders were asked by Judge Cross to submit a final offer for their planned casino resorts ahead of Tuesday’s special meeting. Warner Gaming was preparing to present its updated proposal on Monday.

The Choctaw Nation’s spokesman said that tribal officials had to meet with Judge Cross on Tuesday but he canceled it on Friday when he called, saying that there would be a special Quorum Court meeting instead and that the court would endorse Cherokee Nation’s proposal during it.

A spokesperson for the Kehl family said that they met with Judge Cross on Friday but were not informed that the Cherokee Nation or any other of the applicants would be endorsed.

Judge Cross previously said that the Pope County casino issue would likely go before county voters. He further noted that all applications would be reviewed by him and the Quorum Court and that “in the interest of transparency to the public, I think it would be better to have open process.”

Judge Cross’ comments were in line with an ordinance calling for a special countywide election on the casino issue that residents passed last year after the results from the November 6 ballot became known.

Warner Gaming expressed on Saturday its disappointment by the latest actions of Judge Cross and the Quorum Court, saying that they “have continually asked for a fair, open and transparent process and all of the applicants have spent a significant amount of time and money deserve this.”