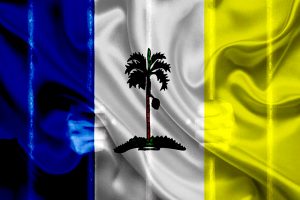 Police in the Malaysian state of Penang last month busted an illegal online gambling ring that was believed to have generated around RM1 million (approximately $238,521) in monthly profits from its activities.

After conducting a series of raids police seized equipment and arrested nine individuals that were part of the illegal online gambling syndicate, including the mastermind behind the illicit scheme.

State police chief Datuk Sahabudin Abd Manan told local media outlets that Penang police carried out several intelligence and surveillance operations aiming to uncover the illegal gambling ring in the weeks leading up to the arrest of its members.

Police found out that the syndicate had converted three luxury condominiums into call centers to use for taking bets. The group also used a shophouse to carry out its activities. All four properties were located in and around the city of Bukit Mertajam in Mainland Penang.

State police raided the three condominiums and the shophouse between July 25 and July 30. Eight men aged between 19 and 21 were detained during the raids as well as their alleged boss.

The state police chief said that their investigations found that the ring focused on attracting customers mainly from the northern Malaysian states of Penang, Pera, and Kedah.

How Did the Syndicate Operate?

Sahabudin said that police also uncovered 16 bank accounts in different banks opened and used by the illegal gambling ring to process money to and from customers. The police chief said that they have frozen all of the accounts to probe them further.

Bettors who wanted to place wagers with the syndicate had to deposit a certain amount of money into the bank accounts provided by the illegal operation. They were then provided with a password and more information on how to gamble online.

During the raids that were carried out late last month, police seized different pieces of equipment used by the group to conduct its activities, including five laptops, eight computer monitors, six CPUs, 16 smartphones, 17 routers, and a number of SIM cards.

As mentioned earlier, police detained nine individuals believed to have been involved in the illegal gambling scheme and are on the lookout for three more individuals.

Sahabudin told media that the syndicate was believed to have raked in between RM30,000 and RM50,000 in daily profits and to have operated for the past year.

With one significant exception, gambling is illegal in Malaysia, a country with predominantly Muslim population. Resorts World Genting, a luxury casino resort in the Genting Highlands, hosts the only legal gambling venue in the country.