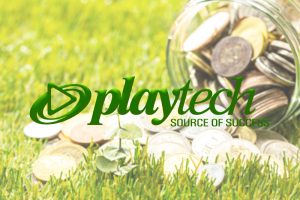 Playtech is reportedly looking to offload its financial unit TradeTech after the gambling technology giant itself became subject to acquisition talk earlier this month.

The company is understood to have hired UBS Investment Bank to advise it on a possible sale of TradeTech and to be asking for an initial bid for its financial arm of between $200 million and $250 million.

Playtech formed its TradeTech unit in 2017 after buying CFH Group in late 2016 in a $120 million deal and spending another $150 million for FX and CFDs market maker Alpha Capital Markets and combining these two with its retail FX brokerage arm Markets.com.

Playtech said earlier this month that TradeTech performed exceptionally during the first half of the year, especially after the Covid-19 crisis hit and caused increased market volatility and trading volumes. TradeTech generated EBITDA of more than €45 million during the first four months of 2020.

That was a significant improvement from last year’s rather disappointing figures when TradeTech generated EBITDA of €7.8 million for all of 2019. The financial unit’s profitability was seriously hit after the European Securities and Markets Authority introduced a ban on binary options and leverage caps on CFDs in the summer of 2018.

It is understood that the group is directly negotiating with Playtech’s management to purchase its TradeTech unit. If a transaction occurs, 40% of the company will be held by institutions, while the remaining 60% will be controlled by Fortissimo and Mr. Barenboim.

The sale of TradeTech will enable Playtech to focus entirely on its core gambling technology and services business.

News about Playtech potentially looking to sell its financial unit emerge shortly after the company itself became subject to acquisition talk. Jason Ader, one of the gambling technology provider’s largest shareholders and a long-time gambling industry investor, appears to be pushing for Playtech to be sold to US sports betting operator DraftKings.

Mr. Ader, who holds a 5% stake in Playtech, said in a recent interview that DraftKings “should be making a stock-for-stock deal with Playtech” and that if he was on their board, “that’s what I’d be saying.”

DraftKings has been open to deals, having recently completed a three-way merger with special purpose acquisition company Diamond Eagle Acquisition Corp. and European sports betting technology provider SBTech. The deal enabled the operator to go public on NASDAQ in late April. Its shares have soared since then.

DraftKings CEO Jason Robins said on a conference call last week that they continue to look at possible acquisition targets and that if they can find “assets that are very complementary – that as we grow in our core businesses we also see growing alongside it – that’s something that could also be attractive.”