Playtech in No Rush to Offload Financial Unit, CEO Says 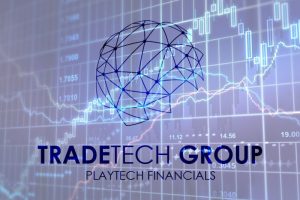 Playtech CEO Mor Weizer said that they will only sell the company’s financial trading unit, if they receive an offer that reflects its significantly improved performance during the first half of the year.

Mr. Weizer made his comments in relation to recent media reports that Playtech was in talks to sell its TradeTech business, which the company has confirmed.

Playtech’s core business is centered on the provision of B2B and B2C gambling products and services, but it also provides financial trading services through its TradeTech division.

The improved performance of Playtech’s financial unit was attributed to increased market volatility and trading volumes due to the coronavirus pandemic. The company said in its H1 report that it does not expect TradeTech’s performance during the first half of the year to be repeated in the second one as market volatility is currently significantly lower than it was in H1.

Playtech confirmed in August that it was in talks with several interested parties to sell its financial unit, but noted that those discussions were only at an early stage and “there can be no certainty that any transaction will be forthcoming or whether acceptable terms will be agreed.”

Mr. Weizer said Wednesday that they are in no rush to sell TradeTech and that they will only offload the financial trading business, if they get the right offer for it.

The long-time Playtech boss noted that he does not feel “any pressure to sell the business, given the performance” and that if they do not get “the right price, we will definitely keep it” as its “value will only go up.”

News emerged last week that Israel’s Bank Leumi and local insurance firms Menora and Phoenix as well as investment fund Fortissimo Capital and Israeli entrepreneur Zvika Barenboim were all in talks to bid together for TradeTech. According to earlier reports, Playtech is asking for an initial bid of between $200 million and $250 million for its financial trading business.

Following pressure from Playtech investor Jason Ader, the company initiated last fall a review of options for its financial trading arm as well as casual and social gaming business, including a possible partial or complete sale of these assets in a bid to strengthen its balance sheet.

Mr. Ader is one of Playtech’s largest shareholder with a 5% stake in the gambling technology giant and a long-time gambling industry investor. In a recent interview, he pitched the idea of US sports betting operator DraftKings acquiring Playtech in a stock-for-stock deal that he believes would shore up significantly the two companies’ profits.

Playtech said in its H1 report that it delivered a “resilient performance” with revenues dropping 22% to €564 million and underlying earnings down 15% to €162.3 million.