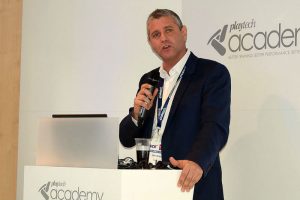 Gambling tech company Playtech is facing a shareholder revolt over the fat-cat pay of its boss, Mor Weizer, for a second straight year, the Financial Times reported Friday

Mr. Weizer has been serving as CEO of Playtech since 2007. The Financial Times reported that the executive earned a base salary of €1.13 million last year, up 18% year-on-year. In addition, his pension contributions rose 46%. Mr. Weizer’s overall €3 million pay was down 28% in 2018, compared to what he earned the prior year due to a lower performance bonus, but shareholders are gearing up to slap the company’s Chief Executive down during its upcoming Annual General Meeting next week.

It emerged last month that activist investors Odey Asset Management and SpringOwl were working with Playtech to draft a new pay policy and address shareholders’ discontent with Mr. Weizer’s annual salary. It also became known that the company CEO’s new pay package would have reduced cash and grant more incentive-based share options instead.

”A Number of Substantial Changes” 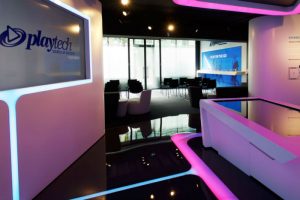 Playtech has said that following last year’s shareholder revolt, it has taken into consideration the extensive feedback it received from its investors and has taken steps to introduce “a number of substantial changes” to its remuneration policies. Those changes have involved the appointment of a new chair of the company’s remuneration committee, among other things.

The gambling tech firm has further explained that it believed that its current pay policies were in line with its business strategy, but still it had overhauled certain areas, including placing certain restrictions on the pensions and share awards granted to its directors.

Founded in 1999 by Israeli businessman Teddy Sagi, Playtech has been supplying gambling technology to a wide number of clients, including some of the world’s largest gaming and sports betting companies.

It has been a bumpy time for Playtech. Last July, the company issued a warning that its full-year revenue would be significantly hurt by its shaky performance in the highly competitive Asian gambling market. The warning sent massive shivers to investors and shares dived quickly to hit their lowest in more than four years.

While the company revealed in its full-year report that profits were down by 50% mainly due to costs related to the acquisition of Italian gambling business Snaitech, its earnings were ahead of market forecasts.

Opinions on whether shareholders should approve the proposed Playtech CEO’s pay packet seem to be split. Royal London Asset Management, which owns £5.5 million of company shares said that it would vote against the boss’ pay, but would back the gambling firm’s revised pay policy. Shareholder advisory service Glass Lewis has recommended that shareholders should vote for the policy, although they are still “concerned with the CEO’s base salary.”

Playtech’s Annual General Meeting will take place on May 15 at The Sefton Hotel, Harris Promenade in Douglas, Isle of Man.