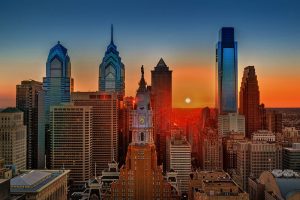 Online gaming was off to a modest start in Pennsylvania, according to figures released Friday by the state Gaming Control Board.

The state’s three online gaming operations took in $812,306 between July 15, when the first two of them launched, and July 31.

As mentioned above, the three properties generated $812,306 in revenue during the first two weeks of regulated iGaming in Pennsyvania, of which the state collected $326,700 in taxes.

Online slots accounted for the bulk of the state’s online gaming revenue. The three casinos recorded $517,712 in revenue from slots last month. Table game revenue totaled $294,594, according to the figures released by the Pennsylvania gaming control board.

In May, PlaySugarHouse made history by launching Pennsylvania’s first desktop and mobile sportsbook.

Online casino games accounted for roughly 0.3% of Pennsylvania’s gambling market, which reported overall July revenue of $281.5 million. Among other things, the modest start of regulated online gambling in the state could be attributed to recent changes to Apple App Store’s guidelines.

In June, the tech giant announced that it had updated App Store’s Guideline 4.7 of the Review Guidelines. Under the updates HTML5 games “distributed in apps may not provide access to real money gaming, lotteries, or charitable donations.” The guideline reads further that “this functionality is only appropriate for code that’s embedded in the binary and can be reviewed by Apple.”

Those changes basically mean that Apple has put an end to a common practice of app developers repackaging gambling websites as apps via HTML5 technology and publishing those on the App Store. The changes to the guidelines are set to take effect on September 3.

Since most online casino and sports betting apps are coded with HTML5 as mobile versions of a website, the updated guidelines will certainly have big implications for the global gambling industry. While iOS-native apps offer better overall performance, personalization, and faster loading, among other benefits, they take longer to develop and are costlier.

Of Pennsylvania’s three online casinos, none offers a native gambling app at present. That cuts out about half of the smartphone market, which is far from ideal, but operators are certainly trying to fix this and gain access to that other half that comprises users of iOS devices.

It should be noted that Pennsylvania does have one online gaming operation that services Apple phone and tablet users. Last month, SugarHouse Casino that it has found a “simple and clean solution” to enable customers to gamble using their iOS devices.

In order to be able to do so, players need to register with PlaySugarHouse via their mobile devices. They are then directed to download the GeoGuard Location Validator from the App Store. The app helps the iGaming operator confirm that its players are only accessing its website and gambling on it via their mobile browsers from within Pennsylvania.

According to analysts, more business will move online, once more operators go live with their digital offering and once they launch iOS-native apps or find another solution to the Apple issue.