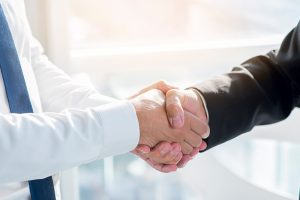 In the hot race to capture a bigger piece of the US sports betting market, many gambling companies have joined forces with sports content publishers as they believe partnerships of this kind could help with audience growth and retention.

If reports from the past few days are to be believed, Penn National Gaming could be the latest major gambling operator to score the latest big sports media partnership.

It has emerged that the Pennsylvania-headquartered operator of more than 40 casinos around the US is in advanced talks with the Chernin Group to acquire a majority stake in controversial sports media company Barstool Sports.

Barstool Sports is a sports and pop culture media outlet that was founded by entrepreneur Dave Portnoy. In 2016, it was acquired by the Chernin Group in a deal that valued it at about $100 million. According to sources, talks with Penn National involve the purchase of a majority stake in the blog at a much higher price.

While Barstool Sports enjoys big and devoted following due to its diverse, primarily sports-focused, content, it has also found itself engulfed in big controversies and damning criticism on multiple occasions over the years. For instance, the blog and Portnoy himself have been criticized for rather insensitive comments on extremely sensitive issues, including sexualization of children and normalization of rape culture.

The fact that a big regional casino operator might have engaged in talks with a sports content publisher with controversial past indicates just how instense the race for a leading position in the growing US sports betting market has become.

Penn National and Chernin Group representatives have not commented on reports that the two groups have been discussing a deal involving Barstool Sports.

And the blog’s founder said in a statement that they “continue to speak or have spoken with everybody from DraftKings to FanDuel to Stars to PointsBet to Penn to William Hill to MGM to Rush Street, etc.” and that he thinks that “if we aligned ourselves with one company with a shared vision, that company would have an extraordinary advantage in the race to becoming the leading gambling company in the United States.”

News that Penn National was seeking a sports media partner emerged late last year when the company’s then COO and soon-to-step-in as CEO Jay Snowden said that they had engaged in conversations with potential partners and that those conversations had been encouraging.

If Penn National taps Barstool Sports as a sports media partner, it would join the likes of The Stars Group and MGM Resorts International that have both scored major partnerships with sports content publishers.

Barstool Sports has been focusing more and more content on athletic gambling since the US Supreme Court struck down in May 2018 a federal ban on the practice. Its gambling-oriented offering currently includes the weekly Barstool Sports Advisers program that features Portnoy himself alongside Dan “Big Cat” Katz as well as free-to-play betting website Barstool Bets.

Source: Barstool Sports may be next for the latest gambling & media marriage