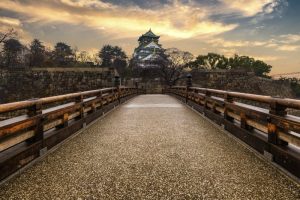 The Japanese City and Prefecture of Osaka this week unveiled a draft implementation policy that lays out the criteria for the selection of a preferred operator of an integrated resort with a dedicated casino floor on Osaka’s artificial Yumeshima island.

City and prefecture officials also announced that they will launch a formal request for proposals process in December. The winning participant, that is to say the operator that will be selected to develop and operate the integrated resort, will be announced by June 2020, it also became known.

Japan legalized casino gambling in 2016. The nation’s government then passed the IR Implementation Bill in the summer of 2018, setting out the principles that will govern the establishment and the management of the nascent Japanese casino market.

Under Japanese law, casino gambling can only be conducted at gaming facilities located within larger integrated resorts. The government will issue licenses for up to three integrated casino resorts in yet-to-be-announced locations around the country.

Osaka has long been listed among the front-runners in the casino license race. The city and was selected to host World Expo 2025, and many believe this has further boosted its chance to be among the three preferred hosts of Japan’s first casino establishments. The Expo is set to take place on Yumeshima.

A Race Against Time

Under the recently released draft implementation policy, aside from a casino, Osaka’s future integrated resort must also feature a hotel with a minimum 3,000 rooms and suites, an international convention hall with a capacity for 6,000 people, and a 100,000-square-meter-plus exhibition facility, among other amenities.

The winning operator will be required to cover partially the costs for the development of the infrastructure that will connect Osaka and Yumeshima, a man-made island in Osaka Bay. That infrastructure includes the extension of the Chūō subway line. The preferred developer and operator will also be required to allocate part of their gaming revenue for the development of additional facilities as well as of adjacent land and to cooperate with local government policies.

Osaka city and prefecture officials have expressed hopes that the integrated resort will be fully operational by the start of World Expo in the spring of 2025. However, operators have voiced concerns that they might not be able to meet that deadline.

In addition, the Japanese government said this week that it will not accept IR license applications by interested local governments and the operators they have selected until January 2021. The three host locations are set to be revealed later that year.

Asked about the timeline, Osaka Governor Hirofumi Yoshimura said this week that there was no point for them to make any strict conditions “amidst uncertain factors if operators can’t make an offering.”

Osaka Mayor Ichiro Matsui added that “no area has received certification from the government so no one can formally announce an exact date.” The official went on that interested operators can propose their time range. It also became known that the city and the prefecture are ready to consider partial opening of the resort that would include the hotel and convention portion before World Expo 2025.