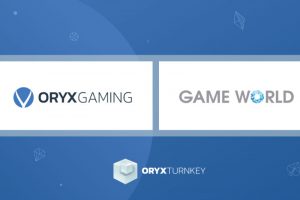 ORYX Gaming has continued its expansion in Southeast Europe with a recent partnership with Romanian gambling operator Game World.

The alliance with Game World, a leading land-based operator in Romania, was the second turnkey solution deal ORYX has penned in the country.

As part of this newly singed deal, Game World has launched its Gameworld.ro website on ORYX’s iGaming Platform, an omni-channel and cross-product solution that supports the casino, sports betting, and lottery verticals.

ORYX’s platform also offers to its clients a set of proprietary tools, including player and transaction management, a bonus system, CRM, fraud, compliance, analytics, and reporting, among others.

As part of the major commercial deal, ORYX has also provided its new Romanian partner with access to its ORYX Hub product. ORYX Hub is a casino content aggregator that hosts a giant library of more than 10,000 online casino titles, one of the industry’s largest.

The content aggregation platform features games from more than 100 iGaming providers, including ORYX’s proprietary offering as well as titles from Gamomat and a number of third-party developers and suppliers, including Evolution Gaming, Greentube, NetEnt, Pragmatic Play, and more.

Game World has been operating land-based casinos around Romania for more than two decades. The company owns and manages the country’s largest gambling hall – Game World Bucharest Mall – and boasts a large customer base in the Romanian market. It recently expanded into the online gaming space.

ORYX’s partnership with Game World will see the online gaming provider further bolster its presence in the Romanian iGaming market. ORYX’s platform is already used by another locally licensed operator – Stanleybet. In addition, its online casino content is now live with a number of Romania-facing operators, including Stanleybet, NetBet, PublicWin, and Unibet.

Most recently, ORYX announced a content supply deal with Superbet. Under that deal, the operator was provided with access to ORYX’s in-house built offering as well as content by third-party makers.

ORYX holds licenses from the Malta Gaming Authority and the Romanian National Gambling Office and its portfolio is certified to be provided in 16 major regulated jurisdictions.

Commenting on their partnership with Game World, ORYX Managing Director Matevz Mazij said that this recent deal is a result of their “commitment to the Romanian operators” and that they are thrilled to be adding Game World to the list of their platform clients.

Mr. Mazij added that Game World is one of the strongest brands in the regulated Romanian markets and he believes ORYX will be able to take its partner’s online operation to a leading position in the online gaming market.

Game World Strategy Director Attila Török commented that with ORYX’s iGaming Platform and the ORYX Hub aggregator, they will be able to quickly launch their brand online and “minimize the impact of the retail closure” and to further strengthen their business. Mr. Török also noted that ORYX’s gaming portfolio will certainly “have a wide appeal” to their players.