Online gambling operator PlayOJO has revised and reduced its advertising activity in Sweden in order to protect underage members of the country’s population from exposure to its products and from the risks associated with gambling.

The SkillOnNet-powered online casino’s TV ads will no longer be broadcast between 4pm and 9pm local time, it became known today. PlayOJO first entered the Swedish gambling market in the first quarter of 2018. It then obtained successfully a license issued by the local regulator, Spelinspektionen, to operate in the country’s regulated market under its new gambling law that took effect on January 1, 2019.

Commenting on today’s announcement, Costas Alexandrou, CEO of SkillOnNet, said that “they aim to moderate our marketing and do everything we can to limit any potential exposure to underage gamblers.”

Mr. Alexandrou went on to say that “PlayOJO have been pioneers of fair online casino play – we were the first to have no wagering requirements whatsoever – and this further strengthens our position.” 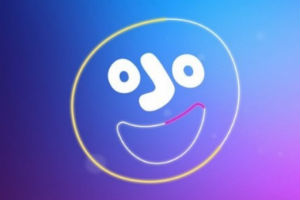 The executive also urged other operators to review their advertising strategies and schedules in Sweden, if they “really do care about responsible gambling” and want to limit the exposure of underage TV audience to gambling products.

News about PlayOJO revising its advertising activities in Sweden arrived shortly after the Swedish government announced that it would conduct a review on how gambling products are advertised in the country and that the review was likely to bring certain restrictions or even a blanket ban on gambling ads. The nation’s Minister for Public Administration Ardalan Shekarabi has been leading the effort that could result in a massive casino and betting adverts clampdown.

PlayOJO has not been the only operator to cut its ads in Sweden. Earlier this year, Svenska Spel, the country’s former gambling monopoly, announced that it would stop advertising its online casino product across all media channels, including television, the Internet, and print media, in a bid to better protect its customers. Svenska Spel launched its online gaming operation early this year to take advantage of the local market’s reorganization and claim its share in the space.

According to Sifo’s most recent report on gambling advertising activity in the country, the ten largest gambling advertisers (that is licensed gambling operators) in Sweden spent collectively more than SEK1.4 billion (approx. $148.6 million/€131.6 million) on advertising their products across local media during the first quarter of 2019. The reported figure represented a more than 40% increase from the same period of 2018.