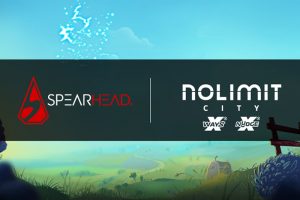 Under the terms of that recent deal, Nolimit City will license the two trademarked products to Spearhead Studios, the newly launched online game development arm of major gambling group EveryMatrix.

Spearhead Studios will use Nolimit City’s products in a classic “Book” game that it plans to bring to the market in October 2020, it also became known.

Nolimit City debuted xWays and xNudge in September 2019. The two features were part of then newly released slot Pixies vs Pirates. xWays is a random reel modifier that allows any spin of the reels to produce a different number of Mystery symbols across the grid for a chance for additional win ways within the spin.

As for xNudge, it is a nudging stacked Wild Symbol that increases the multiplier with every nudge, up and down.

Nolimit City has released several more slots utilizing its trademarked mechanics since last September, including Dragon Tribe, Punk Rocker xWays, and Deadwood xNudge, to boost its offering and make the signature features available across its network of iGaming operators and to their players.

Commenting on securing their first licensing agreement, Nolimit City Commercial Director Malcolm Mizzi said that this recent partnership with Spearhead Studios has “solidified the impact that our in-house trademarked mechanics have in the industry.”

Mr. Mizzi went on that having “an ambitious upcoming studio like Spearhead” represent their xNudge and xWays products, “breathes room for more innovation and unique twists on the two combined.”

Spearhead Studios Managing Director Mathias Larsson added that Nolimit City’s two concepts are “fantastic features that bring out a new level of exciting gameplay” and that their plan to combine the mechanics with a classic “Book” game will certainly turn the upcoming new slot into their “flagship game of the year.”

Established in the fall of 2019, Spearhead Studios is the game development division of EveryMatrix. The studio boasts a portfolio of more than 20 gaming titles, including online slots and table games. It has a lot more planned to be rolled out throughout the year.

The company’s games library was recently certified by the Romanian National Gambling Office, which means that it will be able to supply its content to locally licensed iGaming operators. Its products are also certified or licensed in Malta, Sweden, Denmark, Spain, Latvia, Estonia, Lithuania, and Colombia, with more jurisdictions to follow in the coming months.