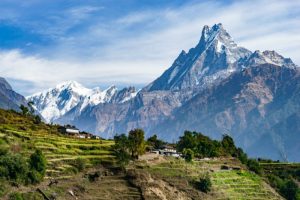 The government of Nepal has relaxed location restrictions for setting up casinos and electronic gaming halls as the country is looking to attract foreign investment and boost casino development activity.

Nepalese lawmakers decided during a June 27 Cabinet meeting to allow casinos and electronic gaming halls to be built at up to a 3-kilometer distance from the country’s international borders, local news outlet the Kathmandu Post reported Friday.

Under an original clause in Nepal’s Casino Regulation 2013, casinos and electronic gaming houses had to be located at least 5 kilometers away from international borders.

A number of luxury five-star hotels are currently under development near the Nepal-India border, and developers complained that the previous restriction would have prevented them from adding casinos and luring more customers at their properties.

Nepal welcomed nearly 1.2 million international tourists last year, up 25% from the previous year. As tourism activity is growing in the South Asian nation, hospitality operators have been looking to capture a greater number of visitors with various types of offering, including casino gambling.

Around 200,000 of Nepal’s foreign tourists last year came from neighboring India, while another 150,000 came from Mainland China. Casino gambling is limited in India, and banned in Mainland China.

Commenting on the relaxed distance requirement, a spokesperson for the Tourism Ministry said that “the government has shown flexibility by allowing casinos to operate at a distance of up to 3 km from international borders in the context of the upcoming Visit Nepal 2020 campaign.” 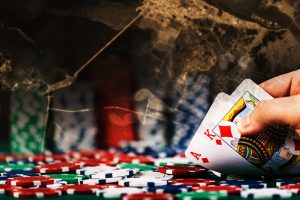 It has also emerged that Nepalese lawmakers are working on a new Casino Act that will be tacked onto the Tourism Act and will look to replace and update Nepal’s casino law from 2013.

Of the new casino gaming law, Nepal’s Director General Dandu Raj Ghimire said that it will streamline the nation’s casino industry and will encourage new global players to enter Nepal. The new regulations that will be introduced as part of the Casino Act will also come in line with an expected boom in Nepal’s gaming industry as nearly a dozen of five-star hotels are currently being built across the country.

According to the Director General, lawmakers are entering the final stages of drafting the new Casino Act.

The government has deemed it necessary to craft new regulations that will govern the nation’s casino industry and bring the existing venues in line with those new rules as many of them have been operating without making tax and royalty contributions.

The Nepalese tourism department said it is being owed around Rs1.25 billion in unpaid royalties by casinos. In 2013, the country’s Tourism Ministry suspended the licenses of casinos that did not pay their royalties as per the Casino Regulation 2013.

Nepal’s Supreme Court ruled a year later that the gambling venues can resume operations and some of the properties reopened following the issuance of that ruling.