More Than 35,000 Swedes Sign Up To Gambling Self-Exclusion Registry 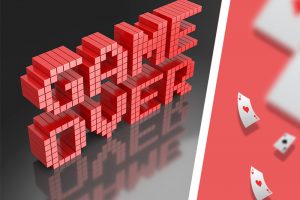 Sweden’s self-exclusion registry for people who want to ban themselves from gambling for a certain period of time has passed the 35,000 mark, the nation’s gambling regulator said last week

Sweden re-organized its gambling market on January 1, 2019 when its new gambling law came into effect, enabling international gambling companies to obtain licenses from Spelinspektionen and operate in a regulated environment. The launch of the Spelpaus.se self-exclusion registry was part of the market’s overhaul.

Generally speaking, Spelpaus.se provides gamblers with the opportunity to self-exclude from gambling for a set period of time or indefinitely. The service was primarily designed to help people who might have developed problem gambling behavior to abstain from wagering money by banning themselves from all regulated gaming and betting companies providing their services in Sweden.

Under the country’s new gambling law, all operators are obligated to integrate the self-exclusion registry into their operations and thus prevent self-excluded customers from accessing their products.

Spelinspektionen also said that around 40% of all 35,000 self-excluded gamblers were aged between 25 and 34.

A recent survey by the Swedish Public Health Agency (Folkhälsomyndigheten) found that while the number of problem gamblers has dropped in the country since 2015 when the last such survey was conducted, the number of those with serious problems has grown.

In addition, the report showed the gender gap has been erased over the past four years and of the 45,000 people whose gambling issues were serious enough to be deemed an addiction, 64% were women. The surge in the number of female gambling addicts was largely blamed on the exploding growth of online gambling in Sweden. 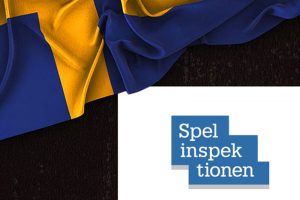 The launch of Sweden’s self-exclusion program was not off to a great start. Shortly after it went live, Spelinspektionen received complaints from gambling customers that they were able to access gambling websites, even though they had opted to self-exclude from gambling.

The regulator probed further into the matter and found out that a number of its licensees had failed to establish a “functioning connection” with Spelpaus.se. Spelinspektionen warned licensed operators that those of them that fail to prevent self-excluded customers from gambling would face hefty fines, and could even lose their licenses to operate in Sweden, if repeated violations of the rules were identified.

Spelinspektionen has so far fined three operators for self-exclusion failures. In March, the regulatory body slapped a SEK4 million (approx. $430,000) fine on Genesis Global Limited, the company behind the Casino Joy, Sloty, and Vegas Hero brands, and a SEK100,000 (approx. $11,000) fine on Paf Consulting Corporation. In April, AG Communications Limited, the operator of the Karamba online casino, was fined SEK3 million (approx. $321,000) for similar violations of the rules.

Two other gambling companies faced regulatory action in May. Betway and Mandalorian Technologies (NoAccountCasino.com and PrankCasino.com) were fined for offering their customers bonuses on multiple occasions, despite existing restrictions on such incentives. Under Swedish law, licensed operators are only allowed to offer a one-time bonus to customers when they register. Betway was fined SEK5 million (approx. $518,500) and Mandalorian received a SEK9 million (approx. $933,000) fine for their violations.