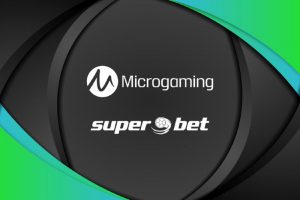 Provider of content for the iGaming industry Microgaming has further strengthened its presence in the regulated Romanian market with the recent launch of a host of its most popular games with locally licensed operator Superbet.

Micorgaming’s partnership with Superbet is the latest of a number of supply deals the provider has signed with Romania-facing operators since the country reorganized and regulated its online gambling market in 2016.

Founded in 2008, Superbet is one of Romania’s leading gambling companies. The operator has been running sports betting shops and gaming establishments across the country since it was formed. Following the regulation of online gaming in Romania, Superbet launched its online business in 2016 to deliver digital betting and gaming experiences to its customers.

Thanks to its partnership with Microgaming, Superbet now has access to a wide portfolio of popular games that are supplied by the provider’s ever-growing network of exclusive independent game development studios and third-party content partners.

Commenting on their alliance with Superbet, Microgaming Director of Partnerships Ian Turnbull said that they are delighted to welcome the operator to their growing customer base in Romania and that they look forward to “helping them continue to thrive in this important market with the addition of our varied content offering.”

Joe Legge, Director of Gaming at Superbet, added that they have been “immensely impressed with the variety and quality of [Microgaming’s]

games portfolio, which we know will provide our players with entertaining gameplay experiences.”

The Superbet official went on to say that they look forward to a “positive and equally valuable working relationship” with Microgaming and that this deal marks a significant step in the operator’s effort to expand its online influence in the Romanian gambling market.

News about Superbet’s partnership with Microgaming emerge several weeks after the Romanian operator announced that it has taken a majority stake in online casino operator Lucky 7. The deal, which saw Superbet purchase a 60% stake in the fast-growing operation, will help the major Romanian operator diversify its business.

It should be noted that Superbet made an initial investment in Lucky 7 during the latter’s startup phase in early 2019. The young online casino platform runs several online casinos that operate across multiple European markets and the Americas.