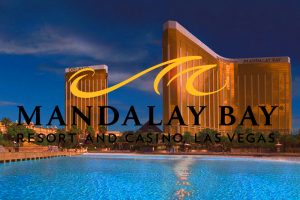 Las Vegas casino operator MGM Resorts International expects to pay up to $800 million to settle multiple liability suits it has been filed against after the 2017 Las Vegas shooting, the company told the US Securities and Exchange Commission on Thursday in a quarterly report.

However, an attorney representing the plaintiffs told media that they are “not even close to resolving all the terms and issues” before a settlement is reached.

On Sunday, October 1, 2017, Stephen Paddock, a retired accountant and an avid gambler, opened fire into a crowd of concertgoers attending the Route 91 Harvest music festival from his suite on the 32nd floor of the nearby Mandalay Bay Hotel and Casino on the Las Vegas Strip. Paddock killed 58 and wounded more than 800 before shooting himself. His motive for the deadliest mass shooting in modern US history has remained a mystery.

MGM owns Mandalay Bay and the venue where the country music festival took place. A number of surviving victims and the families of victims filed lawsuits against MGM in Nevada, California, and other states, arguing that the casino company should be held accountable for failing to spot irregularities in Paddock’s behavior, who had built an arsenal of assault-style rifles and ammunition in his suite, and to protect the more than 22,000 attendees of the Route 91 Harvest festival.

MGM Expects to Reach a Settlement by May 2020 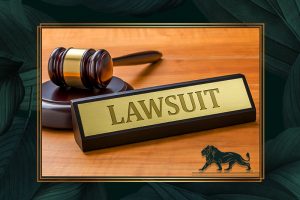 MGM told the Securities and Exchange Commission that it believes “it is reasonably possible that a settlement will be reached” by May 2020. It also said that it has just over $750 million in insurance to pay when and if a settlement is reached.

However, Robert Eglet, a lawyer representing around 4,200 claimants, is not so sure about MGM’s reported settlement range of between $735 million and $800 million. Mr. Eglet told media that it was a bit premature for MGM to report possible settlement expenses to SEC.

The attorney further elaborated that the involved parties were “not even close to resolving all the terms and issues.” Mr. Eglet pointed out that “a settlement is possible,” but they still had a long way to go before one is reached. The lawyer reviewed MGM’s report to the SEC and admitted that a settlement should be reached within a year.

Last year, MGM faced massive backlash after filing lawsuits against more than 1,900 victims of the shooting, arguing that it should not be held liable for “deaths, injuries, and emotional distress” resulting from the mass shooting.

Commenting on the matter, MGM spokeswoman Debra Deshong has said that there has been progress over the past several months and that a settlement needs to be reached “so that all impacted can move forward with their healing process.”