Massachusetts’ first full-fledged casino resort, MGM Springfield, announced last week that it has become the first property of its kind to obtain a LEED platinum certification for its efforts to support environmental sustainability.

The hotel and casino resort opened doors in the city of Springfield in August 2018. The property’s parent company, Las Vegas gaming and hospitality giant MGM Resorts International, announced last week that MGM Springfield has become the first gaming resort to receive a Leadership in Energy and Environmental Design New Construction platinum level certification by the US Green Building Council.

The company pointed out that the LEED platinum rating was significantly enabled by the resort’s new solar array, which will supply it with renewable electricity. MGM, in partnership with General Electric’s Massachusetts-based subsidiary GE Solar, will install a 1.13MW solar canopy on the top floor of its resort’s garage. The canopy is expected to generate over 1,600 megawatt hours of electricity and to help the annual carbon footprint of the property by 410 metric tons of CO2e.

Under Massachusetts’ gaming law from 2011, the state Gaming Commission is required to take into consideration a casino operator’s plan for “being certified as gold or higher” in the LEED program when it reviews its application for a gaming license in the state. 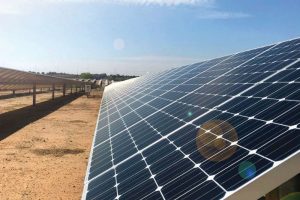 Commenting on MGM Springfield’s recently achieved milestone, Cathy Judd-Stein, Chairwoman of the Massachusetts Gaming Commission, said that they were thankful to Springfield and fellow agencies for working with MGM Springfield to “not only meet but greatly exceed” their shared goal of establishing a sustainable gaming facility.

The state’s gaming industry is set to expand soon with another casino resort. Encore Boston Harbor is slated to open doors on June 23 and its parent company, Wynn Resorts, is on track to receive a LEED gold rating.

MassGaming Ombudsman John Ziemba has said in a recent memo that Wynn has been given the green light by the Massachusetts Clean Energy Center to “help finance the installation of a battery backup system” at its soon-to-be-opened property and that the system will “work in conjunction with the Solar Photovoltaic System” to enable Encore Boston Harbor to purchase power to store at off-peak periods of the year.

The casino resort’s VICE President, Jachui Krum, said last week that the battery backup system will be installed at a later stage due to placement issues. However, that would not impact the property’s operations.

Encore Boston Harbor is scheduled to open doors on June 23, but Wynn Resorts CEO Matt Maddox said during the company’s earning call that the launch could be pushed back a week or two as they want to make sure the property has a “flawless” debut.

MassGaming recently fined Wynn Resorts a record $35 million fine for failures to address properly a number of sexual misconduct incidents involving its former boss Steve Wynn. The company could have lost its license in Massachusetts, but was eventually allowed to keep it as long as it makes sure future incidents would be prevented or at least addressed in a proper manner.