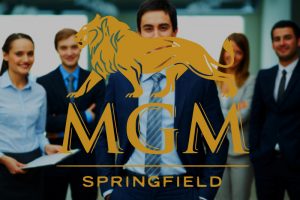 News that the hotel and casino complex located in downtown Springfield has reduced its workforce significantly come as its parent company, MGM Resorts International, is implementing its MGM 2020 cost-cutting strategy that, among other things, includes massive layoffs. MGM Springfield President Mike Mathis told Massachusetts gaming regulators last week that the companywide strategy has so far had “negligible” impact on the casino’s workforce.

Under MGM’s agreement with the state, its Springfield property had to open doors with at least 3,000 employees. However, the deal did not specify whether the resort had to stick to that number afterwards. The property currently employs 2,384 people, including “vendor” employees.

Mr. Mathis assured gaming regulators that more people will be hired this summer, as the resort will add new special events that will require additional workforce. He added that the current staff numbers were a matter of “fine tuning” of the business.

MGM Springfield was also required to open doors with 2,200 full-time workers. It had 1,767 full-time staff members by the end of March. The hotel and casino resort fell short on another promise to Massachusetts regulators – that at least half of its workforce would be composed of women. At present, the property’s female employees represent 44% of its overall workforce. 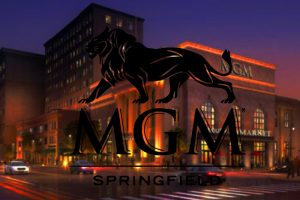 MGM Springfield was launched last summer as the state’s first commercial casino resort. According to initial projections, the property was expected to generate around $418 million during its first year of operation or an average of $34.8 million per month. However, it has so far missed on those projections.

MGM Springfield’s highest monthly take was recorded in September 2018, its first full month, when it generated revenue of $26.9 million. The property reported a 15% month-to-month dip in revenue in April. Property officials have said that the casino resort’s performance will improve once they get to know their clientele and deploy the right marketing strategies.

MGM Springfield was slapped last week with a $100,000 fine by MassGaming for previous incidents of minors being allowed access to the property’s gaming floor. As many as 22 such incidents were documented between late August when the resort opened doors and early December.

MGM Springfield said last week that it would pay the fine instead of appealing it and that it had taken and would take further measures to prevent minors from accessing the casino floor. The measures already implemented include the addition of “Under 21” warnings signs, the elimination of a crossing route on the gaming floor that made it easier for minors to reach it, and increased securities during the busiest times of the day. Mr. Mathis told regulators that there is “zero tolerance” for minors being let into the casino.

It emerged earleir this month that MGM Resorts was in early talks to buy Encore Boston Harbor, the $2.6 billion integrated resort that is set to open doors in the Greater Boston area at the end of June. The company later on said that it has ended the ongoing discussions. However, if a deal had taken place, MGM would have had to sell its Springfield resort as a company is only allowed to operate one casino property under Massachusetts law.