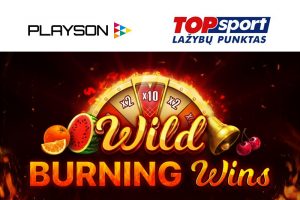 Playson has teamed up with TOPsport in a deal that will see the Lithuanian online gambling operator go live with the supplier’s online casino content. The latest content supply deal signed by Playson will secure the company with expanded presence in Lithuania and the Baltics as a whole.

Under the terms of the recently penned agreement, TOPsport will roll out Playson’s diverse library of online slot titles, including its flagship collection of slots Timeless Fruit. TOPsport players will also gain access to more than 50 hit games, including Wild Warriors, Crystal Crush, and Book of Gold: Double Chance, among others.

Commenting on their latest partner, Playson Sales Manager Blanka Homor said in a press release from earlier today that the deal with TOPsport was “very much in line with our strategic move to expand further in regulated markets.” Ms. Homor added that Playson has new games and innovative features that they are excited about “releasing to the market in the coming months.”

Playson teaming up with TOPsport was the latest of a series of major deals the supplier has penned in recent months. In May, the company partnered Kindred Group to have its content rolled out with the major online gambling operator. Playson inked a similar deal with LeoVegas in April.

Late last year, Playson secured a license for the provision of online casino products by the Malta Gaming Authority. The MGA license enables the company to expand across multiple jurisdictions. 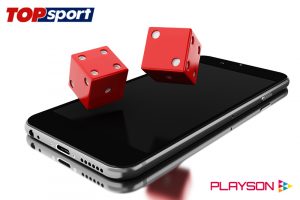 Of their latest casino content supplier, Gintaras Staniulis, CEO of TOPsport, said that Playson has diverse content that appeals to a wide range of players. Adding the supplier’s content comes in line with TOPsport’s goal to assure that it customers are offered top quality titles, the executive added.

Mr. Staniulis also pointed out that signing Playson as their content supplier would “help us to sustain number one position in Lithuania and we look forward to working with them as they roll out their back catalogue and add new hits.”

TOPsport recently signed a content supply deal with another major provider – iSoftBet. Under the terms of their agreement, the Lithuanian gambling operator was provided with access to the supplier’s full library of in-house titles, as well as to more than 3,000 slots and table games available on iSoftBet’s GAP content aggregation platform.

TOPsport is one of seven operators licensed to operate in Lithuania’s regulated online gambling market. It was founded in 2002 as the Baltic nation’s first gambling company. TOPsport is also the largest operator to be providing its services in the local gaming space. It has been extending its online casino offering through deals with some of the industry’s most renowned suppliers.

Last fall, an agreement between TOPsport and Swedish online gaming provider NetEnt secured the latter with expansion into Lithuania and saw the local operator add a selection of its game portfolio.