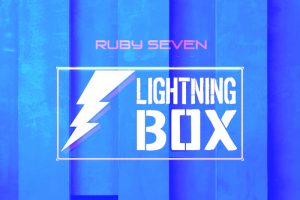 Sydney-based online casino games studio Lightning Box has announced a new partnership that will extend further its North American footprint as it enjoys increasing popularity of its games range across multiple territories.

The specialist slots maker announced Wednesday that it has signed a content supply deal with Ruby Seven Studios to provide the latter with access to a range of its top performing games.

As part of its latest supply deal, Lightning Box will provide its new partner with access to two of its most popular slots games – Chicken Fox and Silver Lioness 4x – and these are set to go live across Ruby Seven Studios’ social casino network in the third quarter of the year. Social casinos that will offer the two titles soon include TropWorld Casino, Best Bet Casino, and Lucky North Casino, among others.

Lightning Box was formed in 2014 by former IGT and Aristocrat game designers David Little and Peter Causley. The studio is based in Sydney, Australia and provides acclaimed content to land-based, online, and social casinos around the world. Its games library is available through its many clients, including SG Digital, Microgaming, High5Casino, and more.

Through its partnership with Ruby Seven Studios, Lightning Box will further expand its presence across North America after the company has signed several important deals in that region.

Last November, the Australian iGaming content maker announced an alliance with Loto Québec to supply the operator with its slots range. In May, the British Columbia Lottery Operation, too, enhanced its offering through a partnership with Lightning Box.

It should also be noted that 19 titles from the studio’s real money games range are now available in New Jersey’s regulated online gambling market.

Commenting on their partnership with Lightning Box, Ruby Seven Studios CEO Michael Carpenter said that they are truly pleased to be able to offer “this talented team’s exciting games into all of our casino partner apps and websites.”

Of their new content supply deal, Lightning Box CEO and co-founder Peter Causley said that he met Mr. Carpenter at an iGaming event six years ago and “after many twists and turns for both of our businesses, it is great that we’re finally working together.”

Mr. Causley went on to say that they are confident that the two games they are set to premiere with Ruby Seven Studios later this year will prove “equally as popular as the other games we have launched in North America” as his company continues to expand its operations in the region.