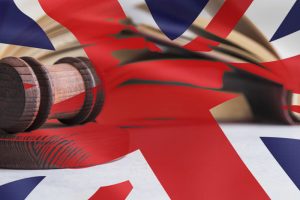 Two major high street bookmakers are being slammed for facilitating a customer’s excessive gambling as he was spending away a one-off compensation from a botched operation that had left him severely disabled.

Lawyers representing Liam McCarron said in a complaint that has been forwarded to the UK Gambling Commission that Ladbrokes Coral and Paddy Power kept taking bets from Mr. McCarron over a three-year period, even though it should have been obvious to them that their customer was a vulnerable person who could not have been gainfully employed.

Up until 2007, Mr. McCarron was the owner of a successful business. However, he underwent a medical procedure during which he sustained “catastrophic” injuries that severely impaired his movement and speech. He received a substantial one-off compensation for the harm he was inflicted and, according to internal notes Ladbrokes staff made in 2014, the bookmaker was aware of that payout.

In letter obtained by the Guardian, Mr. McCarron’s lawyers wrote that failed to interfere for more than three years, despite their client’s apparent problem gambling behavior and the fact that he was probably gambling well beyond his means.

Aside from Ladbrokes Coral, Paddy Power was also named in the above-mentioned letter. Mr. McCarron’s lawyers noted that the two bookmakers’ failure to interfere with their client’s excessive gambling resulted in him losing an estimated £500,000.

According to Mr. McCarron’s lawyers, the high street bookmakers helped their client fill out betting slips as he was gambling away his compensation. This went on for over three years until 2017 when staff at a betting shop run by Coral (Ladbrokes’ sister brand) asked the gambling customer to fill out a form proving his source of funds.

He was unable to fill the form out as he would have needed the help of his wife. However, she was not aware of the fact that her husband was a problem gambler who had accumulated a six-figure gambling loss.

RELATED: Ladbrokes Under Fire over Failure to Discourage FOBTs Addict from Gambling

Mr. McCarron’s lawyers argue that should the bookmakers have intervened in a timely manner, they would have prevented him from spending away his compensation that was intended to be used to cover his ongoing living costs and care needs.

Mr. McCarron and his lawyers are seeking the restitution of his losses with the bookmakers and compensation for the effect on his personal life. He said that this has “caused irreparable damage to [his] family relationships” and that he felt he had “lost [his] dignity and self-respect.”

Paddy Power did not comment on the matter when approached by the Guardian, while Ladbrokes Coral’s parent organization, GVC Holdings, said that while it could not comment on this individual case, it could “demonstrate that positive steps have been taken and continue to be taken in these and similar circumstances.”

The company went on to say that these steps include “proactively interacting with, and providing advice and support to, customers who may show potential signs of problematic play, and intervening where appropriate, including asking customers for more information to ensure that their betting is sustainable.”