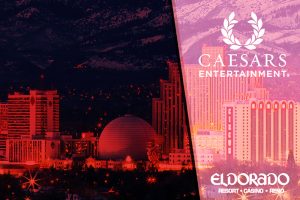 Following Monday’s announcement that Eldorado and Caesars have agreed to a $17.3 billion merger, UNITE HERE issued a statement to warn about potential lay-offs, wage and benefit cuts, and lower state gaming tax receipts that could result from the transaction.

Commenting on the matter, UNITE HERE President D. Taylor said that the union approaches the deal with “great concern.” Eldorado said Monday that the combined entity will generate cost savings of $500 million during its first year. Mr. Taylor voiced concerns over what exactly the two companies could be planning to cut.

He went on to say that the union “will not stand by idly if the proposed Caesars-Eldorado transaction will lead to significant job losses, worse wages and benefits for our members, and lower state gaming tax receipts in the many communities where members we represent work and live.”

However, Mr. Taylor pointed out that they will support any changes at Caesars that preserve its financial health and provide good jobs in major casino markets around the country.

Eldorado and Caesars ended months of speculations over their potential merger on Monday when they announced that they have negotiated successfully a deal that would see the former acquire the all outstanding shares of the latter for a total value of $12.75 a share.

The combined entity will retain the Caesars name to take advantage of “the value of the iconic global brand and its legacy of leadership in the global gaming industry.” The merged company will continue trading on the Nasdaq Global Select Market.

Eldorado said Monday that it expects $500 million of synergies in the first year following closing of the deal. The transaction has been approved by the Boards of Directors of the two companies and is subject to customary closing conditions as well as shareholder and regulatory approval. The deal is expected to be finalized in the first half of 2020.

The combined entity will operate around 60 domestic properties in 16 states. It is also important to note that Caesars operates or is currently building resorts on three other continents.

Eldorado’s CEO Tom Reeg, Chairman Gary Carano as well as the company’s COO, CFO, and CLO will lead the combined entity. The merged company will be headquartered in Reno, Nevada, where Eldorado is headquartered, but will retain significant corporate presence in Las Vegas, where Caesars is based.